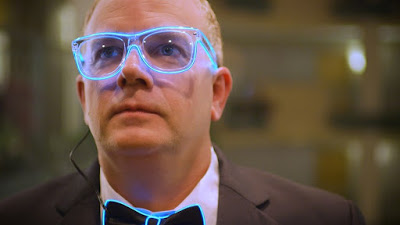 The growing community of people who believe the Earth is flat are profiled in Behind the Curve. Over the last number of years, there is a growing number of people who have become convinced that the Earth is truly flat and that we have been mislead by NASA. The movement is being lead by Mark Sargent, who began as a skeptic and quickly became a full believer. As the Flat Earthers prepare for their first conference, the scientific community ponder what repercussions this movement will result in.

Over the last number of years, there have been very movements against science, such as climate change deniers and anti-vaxxers, with conspiracy theorists offering alternate beliefs that quickly get accepted as fact. Flat Earthers have become one the fastest growing of these movement, with there being people everywhere that share in these beliefs. Behind the Curve follows a variety of Flat Earthers, such as Mark Sargent, podcaster Patricia Steere, and others, who try to provide proof that their theories are the truth.

I am going to say flat out that if you are a scientifically minded person, Behind the Curve is probably going to infuriate you, as these people use circumstantial evidence to “prove” that their beliefs that the Earth is flat are true. On the other hand, Behind the Curve shows that this community is made up by relatively relatable people, who just share an unpopular belief. The only exception is the originator of the Flat Earth theory Matt Boylan, aka Math Powerland, who is pretty much a full blown conspiracy theory nutjob. Believe what you will, but Behind the Curve is an interesting watch, no matter which way you stand.