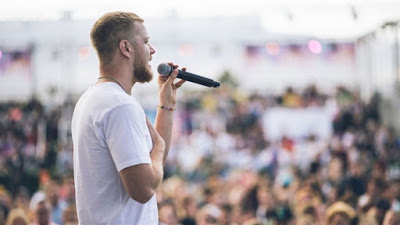 Imagine Dragons frontman Dan Reynolds organizes a music festival in support of LGBTs in the Morman community in Believer. Raised as part of the Morman church, Dan Reynolds begins to have a major crisis of faith involving the church’s strict stance against gay rights, which has contributed to an pandemic of suicides by LGBT youth in Utah. Reynolds decides to partner up with fellow musician Tyler Glenn to organize a festival called LoveLoud to spread the message of acceptance.

In Believer, filmmaker Don Argott (The Art of the Steal) follows Imagine Dragons’ Dan Reynolds as he tries to organize a music festival in only a matter of months. He is joined in the endeavor by openly gay singer Tyler Glenn, who was forced to leave the Mormon church in protest of their policies against LGBT relationships. Risking ridicule and excommunication from the church, Dan Reynolds hopes that LoveLoud will encourage real change in the Mormon community.

Believer is the latest example of a musician using their celebrity to try and make the world a better place. In the case of Dan Reynolds, he has been having a major crisis of faith, as he is split between his love of being a Mormon and his disagreement with their policies on gay rights. Believer is a film that helps build hope for the LGBT community in Utah, while also featuring some pretty decent music.