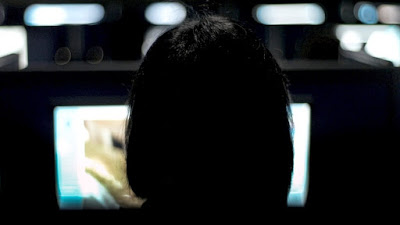 Outsourced content moderators decide what content is appropriate for the major social networks in The Cleaners. Companies such as Google and Facebook outsource content moderation to foreign companies, who go through thousands of pictures and videos to weed out all sexual, violent, or terrorist content. One such company is located in Manila, where the anonymous workers spent hours a day moderating the worst of the worst on the internet. However, the question arises on where the line is drawn between moderation and outright censorship.

With The Cleaners, filmmakers Hans Block and Moritz Riesewieck reveal an aspect of social media that the general public isn’t really supposed to be privy to. Former content moderators are brought on board to recreate their work environment and give an explanation about why they do or do not allow certain images or videos. This is contrasted with artists and journalists, who believe that some of this deleted content doesn’t really deserve to be be censored by social media.

It is really disturbing to think that there are people in this world, whose job it is to filter out photos and videos featuring child pornography, terrorist beheadings, live broadcast suicides and other horrible content on the internet. Then there is the fine line between content that is considered inappropriate and something that is meant as satire or art. The Cleaners is definitely a film that will leave you rethinking how you engage with social media.