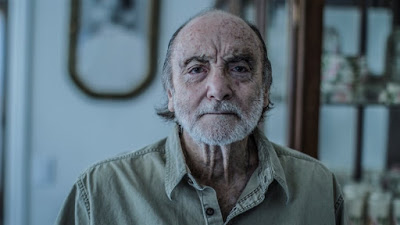 The systematic abuse of the elderly in the Las Vegas area is investigated in The Guardians. Elderly couples such as Rudy and Rennie North find themselves appointed to legal guardians without their knowledge, which results in them being literally kidnapped from their homes and robbed of their life savings. This has resulted in people, such as Rudy and Rennie’s daughter Julie Belshe to try and fight against these guardians, such as April Parks, in the courts. However, it turns out to be a very complicated battle.

The Guardians is an investigative documentary from filmmaker Billie Mintz, which takes a look at how so-called guardians in the Las Vegas area are exploited the elderly and taking their money. Over the course of the film is the revelation of an apparent conspiracy headed by the “kingpin” Jared Shafer, which helped create many of the laws used in the family courts. This results in a lot of legal red tape to bring these guardians to justice.

I have to say that The Guardians is a very manipulative and one-sided documentary at times. I’m not saying that I don’t feel empathy for the exploited elderly, but the film does feel a bit sensationalist at times. The Guardians feels like a film that is systematically designed to spread anger about these Las Vegas guardians. That’s not a bad thing per se, but the film could’ve been a bit more balanced.