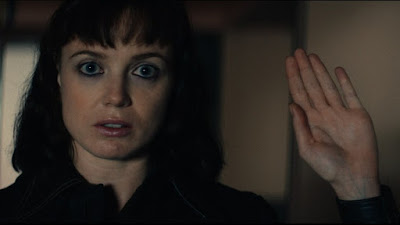 A former member of the IRA gives her first-hand account of The Troubles in I, Dolours. In 2010, Dolours Price gave an interview recounting her time as a member of the Irish Republican Army. With the help of recreations and archival footage, Dolours talks about growing up in a Republican family, being a member of “The Unknowns,” and being thrown in jail following a bombing in London and going on a 200 day hunger strike.

Filmmaker Maurice Sweeney presents a posthumous biography of IRA member Dolours Price, who was found dead in 2013, three years after giving the interview that forms the backbone of this film. Dolours’ story is illustrated by a series of reenactments that show the activities of someone who passionate nationalist, but became disillusioned with her role by the end of The Troubles.

I have to say that I, Dolours is simultaneously a very cinematic biography of Dolours Price, while also being somewhat monotonous. The film opts to tell the film entirely in Dolours’ words, though sometimes the actress playing Dolours in the reenactments would break the fourth wall and narrate directly to the camera. While this style of documentary has been successfully done of other filmmakers, particularly Errol Morris, I ultimately thought that I, Dolours could have benefited if it relied less on reenactments and offered a more complete portrait of this enigmatic woman.