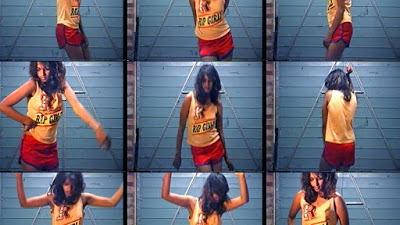 The music and politics of international popstar M.I.A. are told in Matangi/Maya/M.I.A.. Matangi Arulpragasm, aka Maya to her friends and M.I.A. to most of the world, moved in 1985 with her family as refugees from war-torn Sri Lanka to the United Kingdom. Initially aspiring to be a documentary filmmaker, M.I.A. broke into the music industry in the mid-2000s, with hit songs such as “Paper Planes.” However, her fame resulted in increased scrutiny, as she decided to use her position to spread awareness about the plight of the Tamil people in Sri Lanka.

Directed by her old art school friend Steve Loveridge, Matangi/Maya/M.I.A. utilizes M.I.A.’s vast personal video library to tell her story in her own words. At the core of this story is a 2001 trip to visit family in Sri Lanka, which fueled her desire to help her fellow Tamil people, especially since her father was the founder of the Tamil Resistance Movement. However, this results in getting M.I.A. labeled a terrorist by some, with critics suggesting that she should just stick to music.

Matangi/Maya/M.I.A. is a film that ends up being much more about M.I.A.’s politics than her music, with her most popular single “Paper Planes” only briefly featured in the film. While this might disappoint some of M.I.A.’s fans, the film is ultimately better for it, especially since is suggested that most of the backlash for M.I.A.’s political activism comes from how she’s non-white female. Even if you only know M.I.A. solely for “Paper Planes,” Matangi/Maya/M.I.A. is a documentary worth checking out.