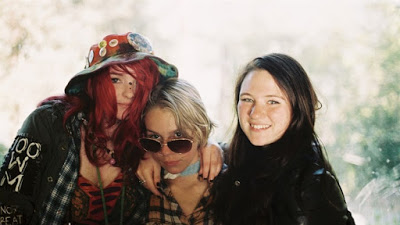 Brothers and sisters separated by the foster care system reunite at a special summer camp in Siblings. 11 year old Liberty and 18 year old Brandi are two young women separated from their natural, who get to reunite with them every year at a special summer camp for kids in the foster care system. It is here that Brandi gets to reunite with her sister Hailey, while Liberty gets together with a few of her 13 siblings. For one week only, familial bonding and friendships occur.

Siblings is an observational documentary by filmmaker Audrey Gordon, which follows three girls at a summer camp for siblings in the foster care system. The film is anchored by narrated diary entries by Brandi, who can arguably considered the primary subject for the film, though equal time is given to Brandi’s sister Hailey, as well as Liberty, who strikes up a friendship with the two over the course of this week.

I do have to say that Siblings is charming little film about the importance of having a relationship with your brother and sisters, even if you are forced to be separated. Siblings is a relatively brisk documentary, running at just over an hour, though this includes an extended post-camp epilogue, which Brandi and Hailey reunited for the holidays and visited their mother. However, this is still a fine film about developing familial connections.