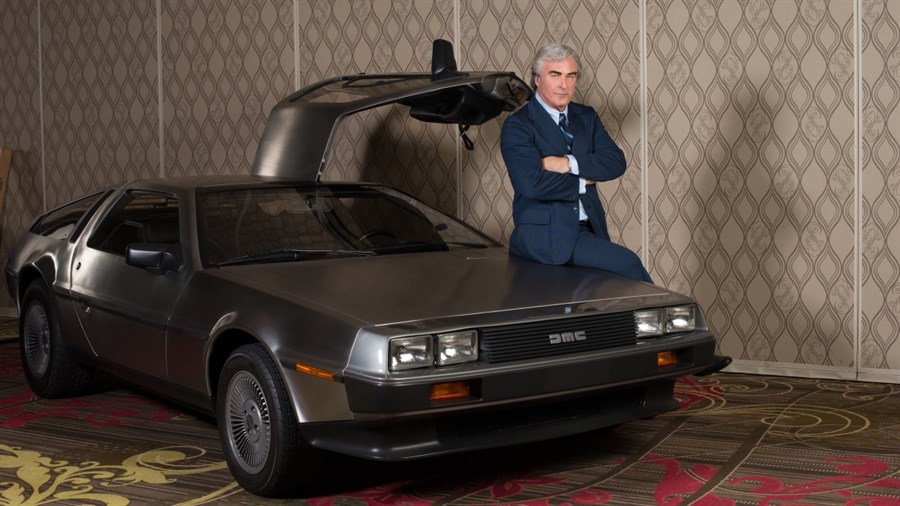 ?.?
Framing John DeLorean (2019) Documentary | 7 June 2019 (USA)
Director: Don Argott, Sheena M. JoyceWriters: Dan Greeney, Alexandra OrtonStars: Alec Baldwin, Morena Baccarin, Josh Charles
Summary: Who was the real John DeLorean? To some, he was a renegade visionary who revolutionized the automobile industry. To others, he was the ultimate con man.
Countries: USALanguages: English
Source: imdb.comDisclaimer: This plugin has been coded to automatically quote data from imdb.com. Not available for any other purpose. All showing data have a link to imdb.com. The user is responsible for any other use or change codes.

The story of John DeLorean is told in a very meta fashion in Framing John DeLorean. Featuring a combination of documentary and a fictionalized narrative, John DeLorean (Alec Baldwin) was a auto engineer who hit it big at General Motors, when he helped to construct the Pontiac GTO. Living a playboy lifestyle, DeLorean married top supermodel Cristina Ferrare (Morena Baccarin) and went on to form his own motor company to construct his revolutionary DMC-12. However, John DeLorean would begin to fall from grace in the fall of 1982 when he was arrested in a hotel room in possession of 200 pounds of cocaine.

In Framing John DeLorean co-directors Don Argott and Sheena M. Joyce (Believer) utilize an extremely meta approach to tell John DeLorean’s story. Not only does the film feature documentary footage supported by narrative reenactments, but it also features behind-the-scenes footage of the reenactments, with actors Alec Baldwin and Morena Baccarin giving their thoughts on how they’re portraying the subjects. The format of Framing John DeLorean is quite reminiscent of the similarly 2017 George Lazenby documentary Becoming Bond, with the narrative segments forming a visual accompaniment to the documentary interviews.

To most people, the DeLorean Motor Car will be most remembered as the car used by Robert Zemeckis and Bob Gale as the basis of the time machine in Back to the Future. Framing John DeLorean provides an opportunity to let the people get to know the man behind the car, from his rise in the 1970s to his fall in the 1980s, leading to DeLorean living a reclusive life in his latter years. While I do admit that having recognizable actors in the reenactments was a bit distracting at times, altogether Framing John DeLorean was an interesting and entertaining look at the life of this over-the-top personality.