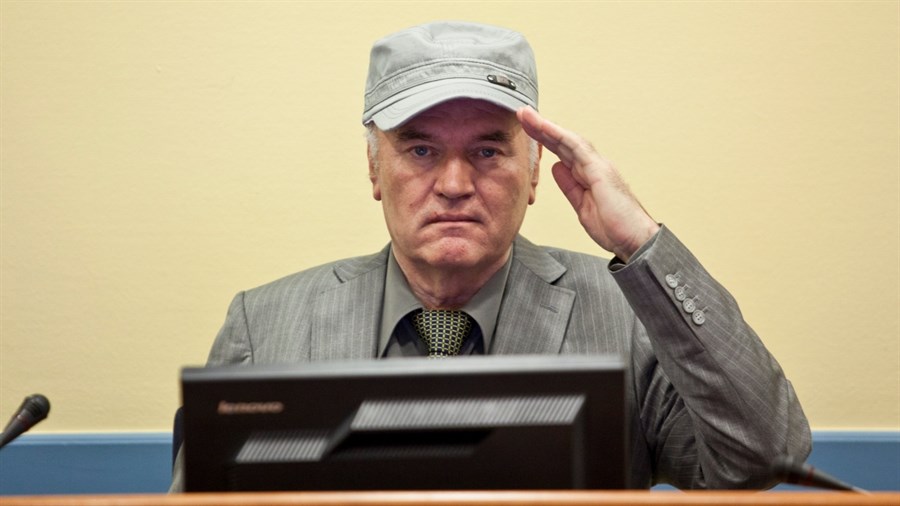 7.4
The Trial of Ratko Mladic (2018) 1h 39min | Documentary, History | 18 November 2018 (Netherlands)
Director: Robert Miller, Henry Singer
Summary: The war crimes trial of one of the most infamous figures from the Balkan wars of the 1990s.
Countries: UKLanguages: Bosnian, English
Source: imdb.comDisclaimer: This plugin has been coded to automatically quote data from imdb.com. Not available for any other purpose. All showing data have a link to imdb.com. The user is responsible for any other use or change codes.

The UN’s International Court of Justice’s prosecution of “Butcher of Bosnia” is followed from start to finish in The Trial of Ratko Mladic. In 2012, General Ratko Mladic is put on trial for two counts of genocide, for his role in the Bosnian civil war and his intent to destroy whole or part of the non-Serbian population of the country. Over the course of the five year long trial, filmmakers are given access to both the prosecution and defense, as they provide both sides of this horrific story.

Probably one of the most amazing aspects of The Trial of Ratko Mladic is how filmmakers Robert Miller and Henry Singer had an unprecedented access to the trial and both sides of the case. While it’s hard to deny that there was a genocide of the primarily Muslim population of Bosnia, particularly after a mass grave is found, supporters of Ratko Mladic consider him to be a national hero and “savior of the Serbs.” While there are many moments in The Trial of Ratko Mladic that are quite hard to stomach, it is still an incredibly fascinating account of this historic trial.