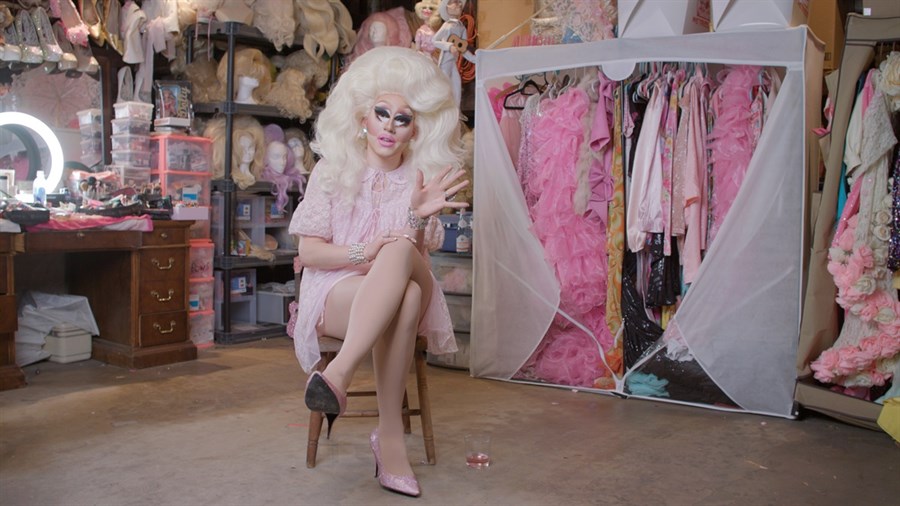 8.9
Trixie Mattel: Moving Parts (2019) 1h 31min | Documentary | 25 April 2019 (USA)
Director: Nicholas Zeig-OwensWriters: Nicholas Zeig-OwensStars: Reuben Asberry Jr., Willam Belli, Brian Firkus
Summary: Trixie charmed audiences and judges as winner of RuPaul's Drag Race All Stars. But the grind of performing and the pressure of the title proves that heavy is the head that wears the tiara.
Countries: USALanguages: English
Source: imdb.comDisclaimer: This plugin has been coded to automatically quote data from imdb.com. Not available for any other purpose. All showing data have a link to imdb.com. The user is responsible for any other use or change codes.

The growing celebrity of drag queen Trixie Mattell is documented in Trixie Mattell: Moving Parts. Trixie Mattell, aka Brian Firkus, is drag queen, comedian, and musician, who began to rise in popularity following her appearance on RuPaul’s Drag Race. Despite losing on her first appearance on the show, Trixie teams up with fellow drag queen Katya Zamolodchikova for a popular internet TV series. However, when Katya suddenly leaves the show to admit herself into rehab, Trixie continues on as a solo act and becomes a contestant on the third season of RuPaul’s Drag Race Allstars.