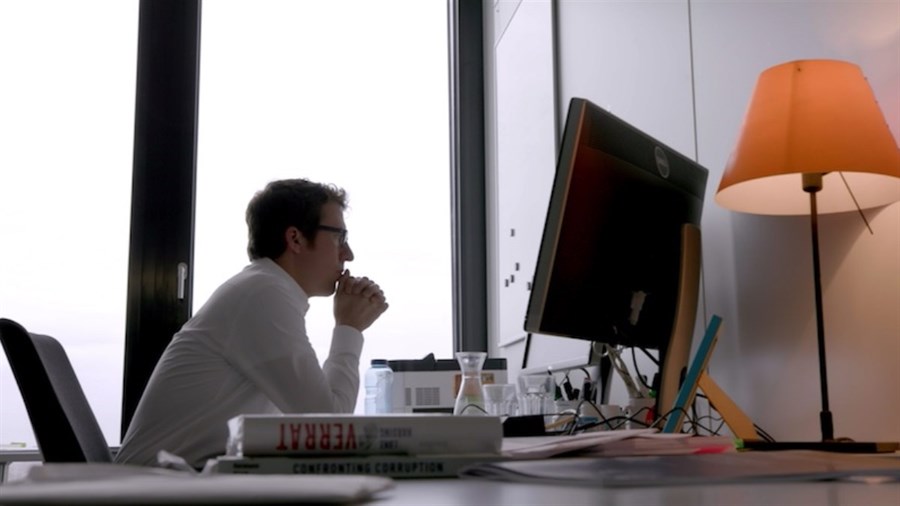 7.4
The Panama Papers (2018) 1h 36min | Documentary | 6 October 2018 (USA)
Director: Alex WinterWriters: Alex WinterStars: Luke Harding, Frederik Obermaier, Bastian Obermayer
Summary: A documentary feature film about the biggest global corruption scandal in history, and the hundreds of journalists who risked their lives to break the story.
Countries: USALanguages: English, Spanish, Icelandic, Maltese, Russian
Source: imdb.comDisclaimer: This plugin has been coded to automatically quote data from imdb.com. Not available for any other purpose. All showing data have a link to imdb.com. The user is responsible for any other use or change codes.

The events surrounding one of the biggest data leaks in history is broken down in The Panama Papers. An anonymous source known only as John Doe contacts the media in 2015 and gives them access to 11.5 million documents leaked from the Panamanian law firm of Mossack Fonseca. The documents contain the records of countless corruption and money laundering schemes, with many well known figures from around the world. Journalists from Süddeutsche Zeitung, McClatchy, ICIJ, The Guardian, La Prensa, among others team together to sort through the so-called Panama Papers and prepare to reveal their contents to the general public.

The Panama Papers is the latest film from actor, turned documentarian Alex Winter (Downloaded, Deep Web). The film interviews journalists from around the world, who recall the challenges that came with researching and publishing this mass data leak. The film also goes into the aftermath of the Panama Papers being published, which included the assassination of some of the journalists involved.

After a couple of well-received technology-based documentaries with Downloaded and Deep Web, Alex Winter moves on to covering the revelation of the biggest corruption scandal in history. We’ve always heard the saying that the rich become richer, while the poor become poorer, however The Panama Papers reveals how they somehow manage to legally get away with it. However, ultimately the film is much more about the journalists themselves, who put everything on the line to ensure that the public become aware of this level of corruption. The Panama Papers is definitely a documentary worth checking out.