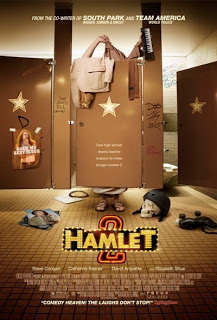 In the end, Hamlet 2 will probably be most well known for featuring a song entitled “Rock Me Sexy Jesus.”

That musical number, which happens late in the film, is probably the high point of this film, which only features a so-so story about a drama teacher trying to get his controversial play shown.

A bit of a pet peeve of this film is that Steve Coogan uses an American accent in this film after using his regular British accent in all the other films I’ve seen him in. This really makes his come off as phony, and the voice (combined with his facial expressions) makes him seem like a Martin Short knock-off.

Hamlet 2 wasn’t bad film, but it wasn’t a great film either.