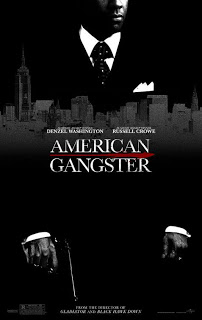 Celebrity sighting aside, what did I actually think of the film?

I can definitely say that it is NOT this year’s Departed.

It’s not bad film, but I thought it was a very formulaic film. The entire plot goes back and forth between Denzel Washington and Russell Crowe’s stories. The stories don’t even begin to interact until about half way through.

The film’s very straight forward and nothing really surprising happens in it. I was really expecting that there would be a bit more to the film.

In the end, I thought the film was good, but not great.