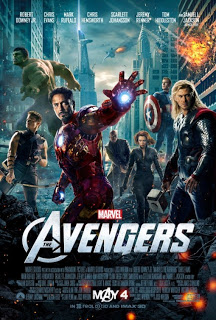 The Avengers has a lot of set-up.  Each of the main members of this superhero team were introduced through their own film over the course of the last 4 years.  It’s definitely an ambitious plan to release five independent films to introduce the characters before bringing them together in one epic movie.

And the movie is indeed epic.  At a running time of 2h22m, the film is definitely one of the longer superhero movies out there.  My problem with the running time is that the bulk of the first two hours features even more set-up (after we have already have had five films of it).  I definitely wish that the film could have been trimmed down a bit.

The movie becomes worth the price of admission during the climax, which features all the best moments of the film.  It was such a joy watching this final half hour, that I almost forgot that the previous two were not up to par.

I’ll say that I liked the film.