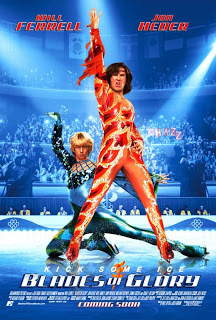 My first thoughts on this film was that it was essentially “Zoolander on Ice,” with all the homoerotic overtones and such.

In fact, it’s those overtones where most of the comedy in the film is derived. I would definitely say that my biggest laughs came from the skating scenes.

The rest of the film was not bad either. Will Ferrell hands down was funny both on and off the ice. Jon Heder on the other hand seemed a bit too feminine, but I guess that was the point.

I would say that both of these actors have been in funnier films, however that doesn’t mean this film wasn’t worth checking out.