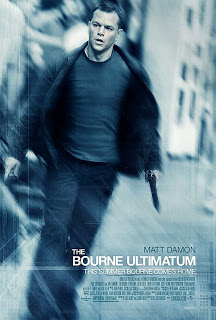 This film is the latest in the “summer of threequels.” However, unlike the other “threequels” I never really saw the previous two films in theatres (I only saw them of video and/or TV in the last year — I now regret not seeing them in theatres).

However, I do say that seeing the previous films are necessary before seeing this film. The three films in the Bourne Trilogy are essentially telling one story about Jason Bourne’s search for his identity.

This is the film where it all concludes, I can say that it was a fitting conclusion. This film answers the questions asked during the trilogy, though it does leave the door open for future films if the needs be.