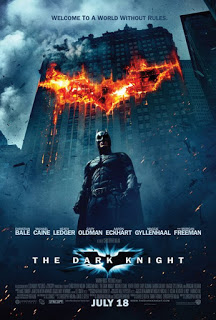 I could say that I thought it was a very good film and I like the fact that equal screen time was given to both heroes and the villains.

Heath Ledger was definitely wonderful as The Joker, however I also give praise for Aaron Eckhart as Harvey Dent/Two-Face.

There’s nothing more for me to say that you can’t read in a million other places, so I will just end by saying that the film was worth the hype.