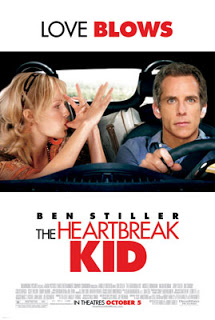 Back in my Movies of the Moment post, I was hoping that this film, which reunited Ben Stiller with the Farrelly Brothers would have recreated the magic of There’s Something About Mary.

Sadly, I have to say that is not the case.

The film did have it’s moments. I thought the scenes where Stiller’s comedy finds out his new wife’s flaws were quite hilarious. However, I thought that the rest of the film fell flat for the most part.

Overall, I have to say that I was a bit disappointed with this film and it could have been better.