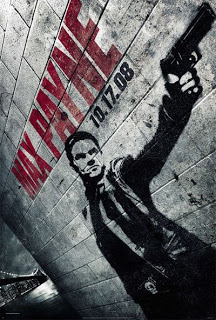 About four years ago, I bought the original Max Payne PC game from a bargain bin. I played through the entire game within a week and I was totally engrossed with its film noir-inspired story and its John Woo-inspired action.

I wish I could say the same for the movie.

I really hate it when I end up not liking a movie that I desperately want to like. However, the film reinterpreted the plot of the game to the point that it just became a gloomy mess that only had a small fraction to do with the game I enjoyed so much.

I could probably spend all day listing my beefs with the movie (the biggest being the totally unnecessary Valkyrie hallucinations), but I will just summarize by saying that maybe next time they adapt a video game for the big screen, they look closer at the story that is already there.