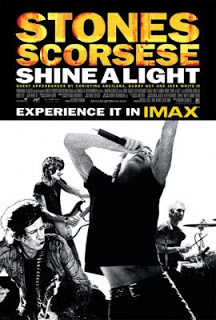 Today I spent my birthday going to the IMAX theatre to see the latest in the long line of Rolling Stone concert films directed by none other by Martin Scorsese.

For a concert film, I think the Rolling Stones have had better ones (and I’ll talk about one in next week’s Classic Thoughts).

However, I believe the point of the film was to celebrate the longevity of the band. This is apparently by the archive footage that plays in between songs.

In the end, the film featured a so-so performance (only about six of the big hits were played, with the rest being lesser known material), but seeing that the band still has it in them after over 45 years was worth the price of admission.