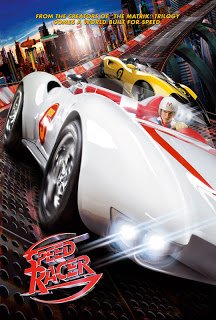 The latest film from the Wachowski Brothers started out looking it was case of style instead of substance. The film looked neat (with a very green-screened world that made the film look like a live-action cartoon), however the first half hour of the film was a huge jumble of flashback interspersed with a single race.

However, once the story of the film go going, it was easier to sit back and have a good time. It’s still a very stylistic film and the racing sequences make up the bulk of the film, but the story (as simple as it may be) really helped to hold it together.

In the end, Speed Racer was a very visually spectacular film (especially in IMAX) and it turned out to be a very fun ride.