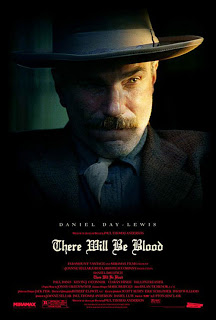 There Will Be Blood sticks out from the rest of Paul Thomas Anderson’s films for the very fact that it is a period piece and that it has an overall darker mood than his previous films.

The films features Daniel Day-Lewis as an oil baron, who is consumed by greed over a 24 year period. I would agree with the comparisons that his consumption with his wealth is similar to that of Citizen Kane.

The performances by both Day-Lewis and Paul Dano as a young minister were really good and I would expect both to get nominations come Oscar time.