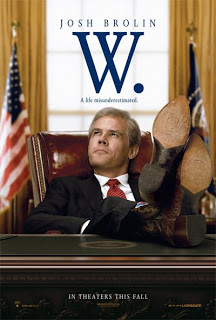 Oliver Stone did an interesting thing with this biopic of president George W. Bush. While he could have have took the opportunity to trash than man for his many bad decisions in the White House, the film instead takes a sympathetic view at Bush’s life.

The main plot involves the actions leading into and directly following the start of the Iraq War. This is accompanied by flashbacks of moments of Bush’s life, as he struggles to be accepted by his father (former president George H.W. Bush).

While the film doesn’t let Bush off the hook for the Iraq War, it brings forth the assumption that he was heavily manipulated my the members of his cabinet, most notably vice-president Dick Cheney (played very antagonistically by Richard Dreyfuss).

Overall W. was a compelling look at the life of one of the most controversial presidents the world has seen. He make not be liked by everyone, but at least his life was interesting.