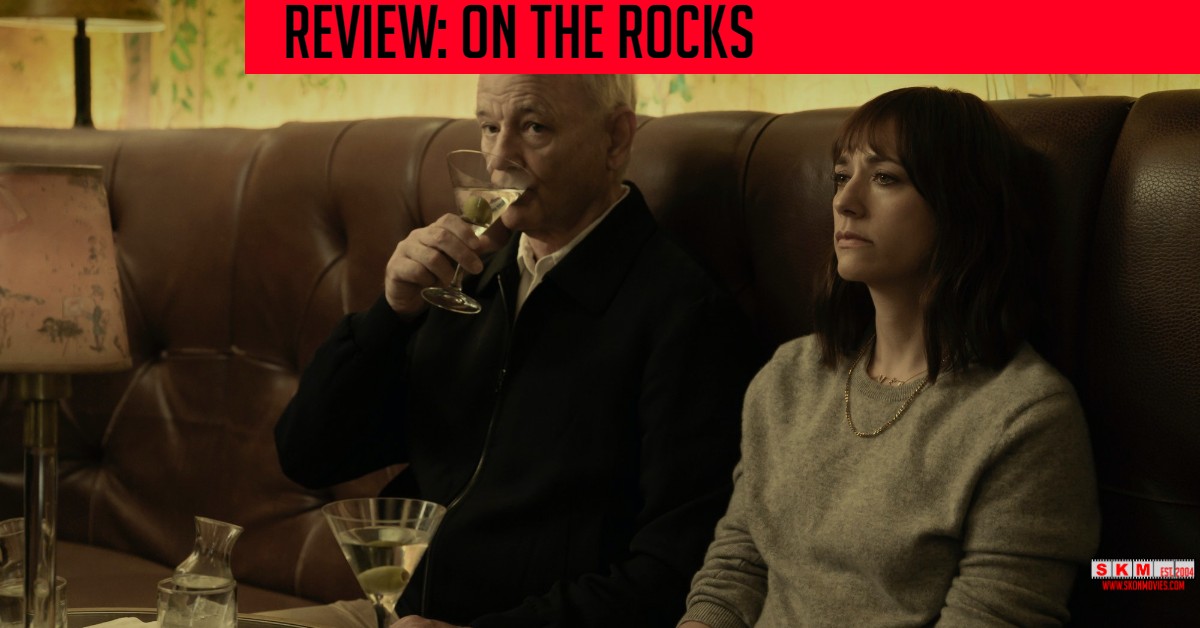 A woman enlists the help of her playboy father to uncover the truth of her husband’s infidelity in One the Rocks. Laura (Rashida Jones) is a struggling writer, who begins to suspect that her husband Dean (Marlon Wayans) might be having an affair with his assistant Fiona (Jessica Henwick) on his many business trips. To help get to the bottom of these suspicions, Fiona enlists the help of her father Felix (Bill Murray), who has a history of being a womanizing playboy.

On the Rocks is the latest film from writer/director Sofia Coppola, which reunites her will star Bill Murray 17 years after their previous collaboration in 2003’s Lost in Translation. Murray plays Felix, a womanizing art dealer, who still maintains a relationship with Laura, despite having left her mother for another woman many years ago. It is because of Felix’s first-hand knowledge of infidelities that Laura seeks his advice about the possibility that her absentee husband Dean could be having an affair. This leads to the two having a crazy adventure in order to discover the truth.

It has been nearly two decades since Bill Murray received an Oscar nomination for starring in Sofia Coppola’s sophomore film Lost in Translation, which essentially kickstarted a new more dramatic career trajectory for Murray, who became notoriously picky about the roles he chooses, with the exception perhaps being his frequent collaborations with director Wes Anderson. That said, it is still surprising the Bill Murray waited so long to reunite with Sofia Coppola, especially given the fact that their previous collaboration garnered Murray’s only Oscar nomination.

That all said, On the Rocks is more of a straight-forward comedy than the drama-heavy Lost in Translation, with the bulk of the film being about the father-daughter bonding between Felix and Rashida Jones’ Laura, as they investigate a possible affair becoming committed by Laura’s husband Dean, who is played in a surprisingly straight performance by Marlon Wayans. The cast of On the Rocks is rounded off by Jenny Slate as Laura’s friend Vanessa, who is really only in the film as a recurring gag about her non-stop gossiping about her current relationship.

Altogether, I will say that On the Rocks is a relatively enjoyable father-daughter comedy and ultimately a satisfying reunion between Bill Murray and director Sofia Coppola. However, though those expecting the film to be another Lost in Translation are probably going to end up feeling underwhelmed.

On the Rocks – Review