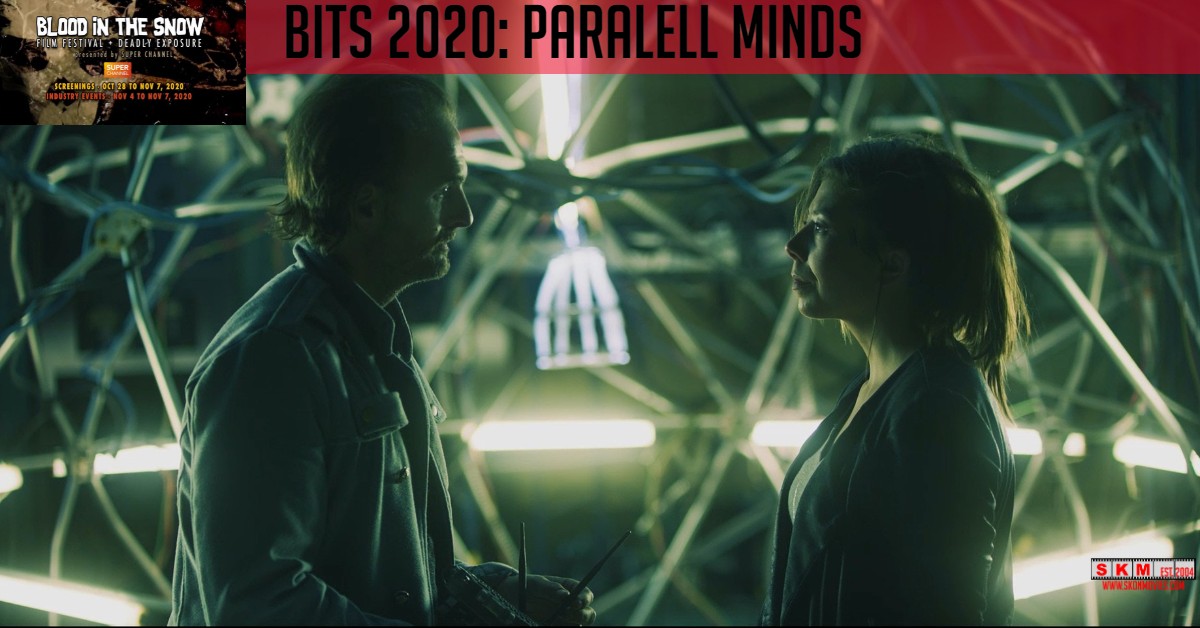 A detective investigates a murder at a tech company in Parallel Minds. Margo Elson (Tommie-Amber Pirie) and Elise Perrott (Michelle Thrush) are two techs working on a technology called Red Eye, created by Conrad Stallman (Neil Napier), which has the ability to record memories from your mind. When Perrott is suddenly found murdered, detective Thomas Elliot (Greg Bryk) arrives to investigate and with the help of Margo and consciousness activist Jade Drayton (Madison Walsh) tries to find the truth behind the murder and how it relates to Red Eye.

Parallel Minds is a science fiction procedural written and directed by Benjamin Ross Hayden (The Northlander). The film has a typical “technology gone bad” narrative, as it is discovered that Red Eye is a sentient A.I., who uses people’s memories to become more human. However, the film also has themes related to Benjamin Ross Hayden’s Métis background, particularly through Margo’s backstory and the teachings she received from her Kookum (Wilma Pelly), whose tragic death is a key element of Margo’s childhood memories.

While Parallel Minds has some sleek looking production design, the story is quite generic and leaves much to be desired. In fact, I would argue that the film leans more towards being a police procedural that just happens to include science fiction elements. Greg Bryk (Bloodthirsty) and Tommie-Amber Pirie (James vs. His Future Self) are passable in the lead roles, though Bryk’s hardboiled detective Thomas Elliot does seem somewhat out of place in this sci-fi world. Also, don’t ask me why professional wrestler Chelsea Green has an inexplicable single scene cameo as “villainous vixen” Alexa. Overall, despite trying to tie its science fiction story to Métis mythology, Parallel Minds still leaves a lot to be desired.