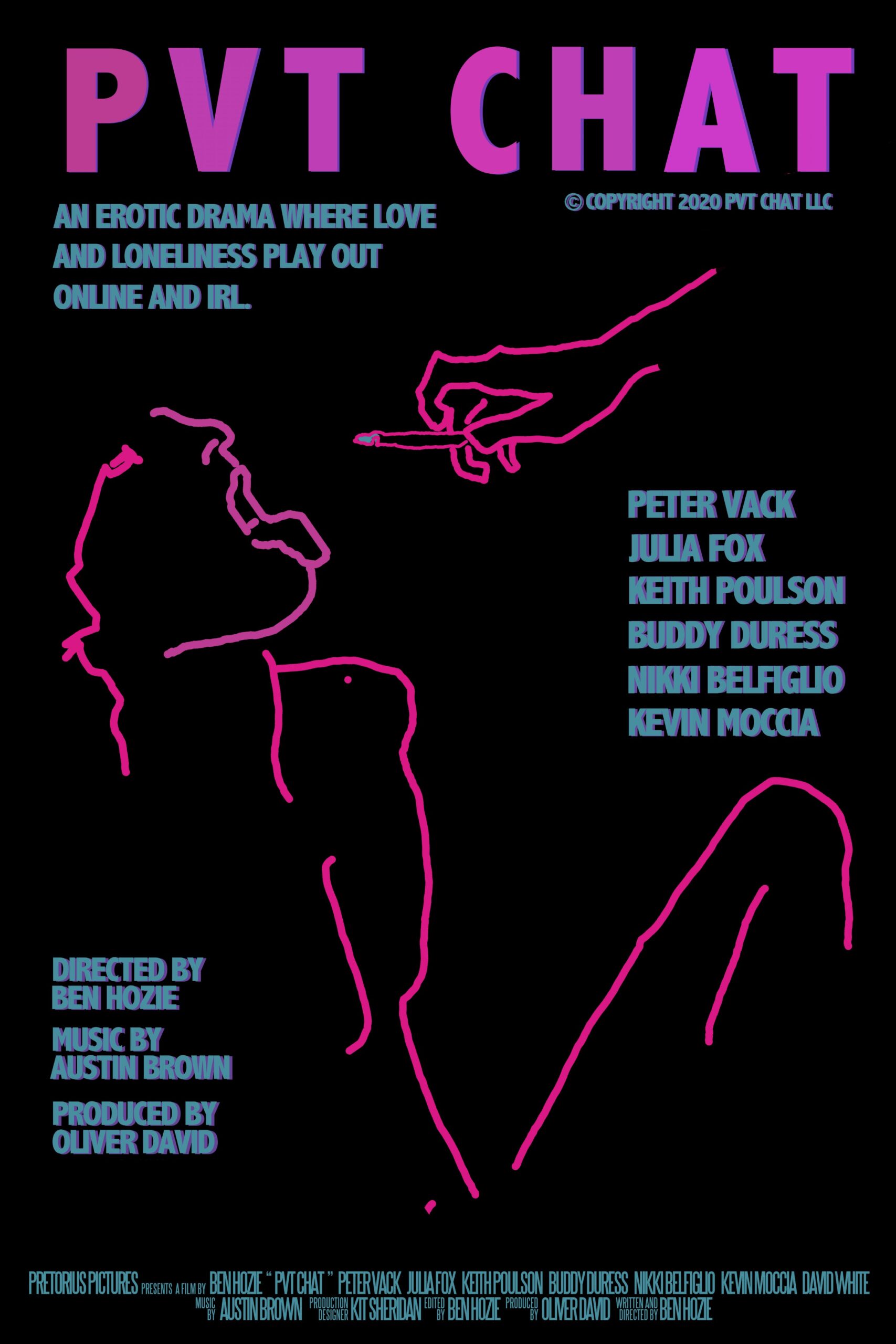 PVT Chat is a film written and directed by Ben Hozie (Annunciation) that is described in its opening titles as “a romance about freedom, fantasy, death, friendship.” The film focuses on the growing connection between the main protagonist Jack and webcam Scarlet, the latter of whom is very seductively played by Julia Fox, last seen in Safdie Brothers’ Uncut Gems. It isn’t long until Jack and Scarlet’s S&M web chats become personal, blurring the line between online and IRL.

PVT Chat sets the stage for how transgressive a romantic drama it’s going to be, as it opens with a webcam session between Jack and Scarlet, shown in full explicit detail. While the film’s use very explicit sexual content does fit within the confines of the story, it does distract from what is otherwise a relatively decent drama. However, major points have to be given to Julia Fox, who had a breakthrough performance in Uncut Gems and performs Scarlet as much more than a two-dimensional cam girl. Overall, if you can handle seeing a lot of unsimulated masturbation, PVT Chat is worth a watch.