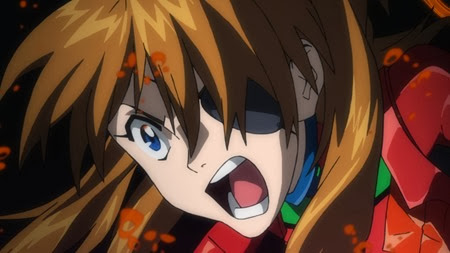 Evangelion: 3.0 You Can (Not) Redo is the third of four entries of the Rebuild of Evangelion tetralogy directed by Hideaki Anno, based on the anime series Neon Genesis Evangelion.  The film takes place 14 years after the third impact, in which Shinji Ikari wakes up to find a world that is completely different than the one he has left behind, with former friends now being his enemies.  Shinji befriends a mysterious man named Kaworu Nagisa and together they try to find a way to correct the wrongs of the past. While, the whole Evangelion series apparently has a big cult following in the anime community, I was completely lost while watching Evangelion: 3.0 You Can (Not) Redo.  The film is not all friendly to new viewers and it quickly picks up the action from the previous entry, without giving too much information to bring people up to speed.  While I was somewhat impressed at the many action sequences in the film, I could not really follow the plot, which hurt my overall enjoyment of the film. I also have to say that the film gets really weird, including a lengthy section in the middle of the film, which has Shinji and Kaworu playing piano together, with some not so subtle homoerotic overtones.  The most memorable character in the film is the eye-patched Asuka, who I initially thought was the main character of the film, even though she ends up only being around for the major action sequences.  Much of plot is built around Shinji’s relationship with a character named Rei Ayanami and how her behaviour has greatly changed between films.  The lack of me fully understanding the character relationships is probably what has hurt the film the most for me. So now is the time I have to form an opinion of Evangelion: 3.0 You Can (Not) Redo.  Since most of the issues I have with the film come from a lack of understand with the series as a whole, it wouldn’t be fair for me to completely write off the film.  If I have seen the previous two films, there is a chance that I would have responded to this film more positively.  However, as it stands, I was only slightly intrigued by Evangelion: 3.0 You Can (Not) Redo and I don’t really have that much of a desire to seek out the other films in the series.  I’m sure hardcore anime fans would love this film, but I have decided that it is ultimately not for me. As such, I have decided that I shall just remain completely neutral on Evangelion: 3.0 You Can (Not) Redo and just make it a lessen to never again see the third film of a four part series completely blind.5 | INDIFFERENT