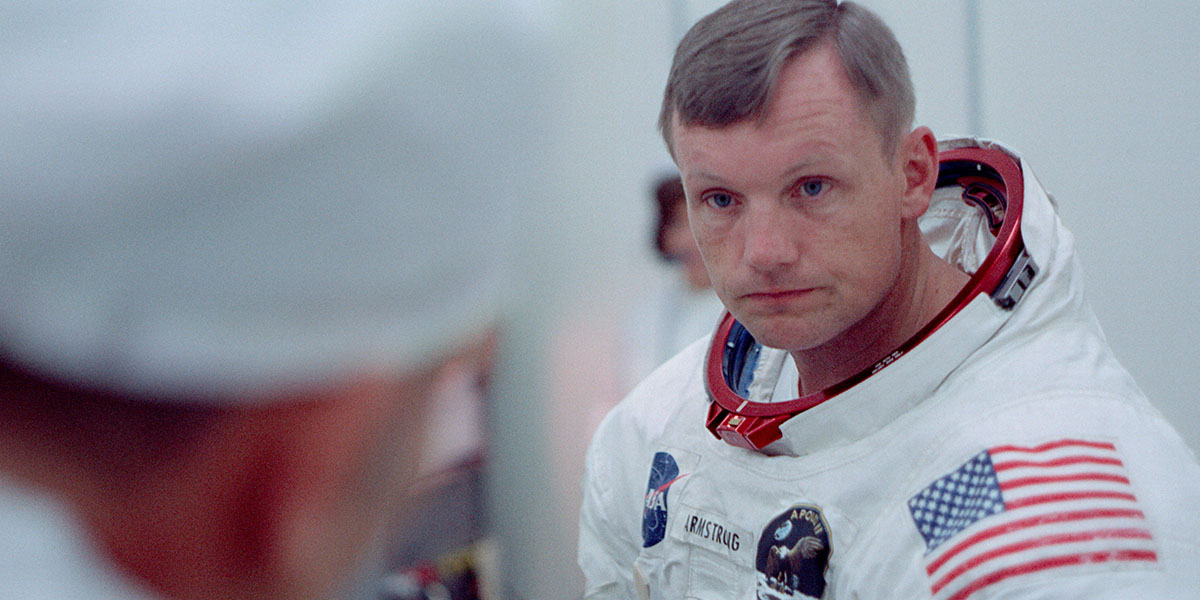 8.6
Apollo 11 (2019) 1h 33min | Documentary, History | 24 January 2019 (USA)
Director: Todd Douglas MillerStars: Buzz Aldrin, Joan Ann Archer, Janet Armstrong
Summary: A look at the Apollo 11 mission to land on the moon led by commander Neil Armstrong and pilots Buzz Aldrin & Michael Collins.
Countries: USALanguages: English
Source: imdb.comDisclaimer: This plugin has been coded to automatically quote data from imdb.com. Not available for any other purpose. All showing data have a link to imdb.com. The user is responsible for any other use or change codes.

Relive the 1969 moon landing in Apollo 11. On July 16, 1969, Neil Armstrong, Michael Collins, and Buzz Aldrin blasted off from the Kennedy Space Center in Florida to begin their historic eight day mission to become the first men in land on the moon. With the help of newly discovered audio recordings and 65mm footage, filmmaker Todd Douglas Miller places you in the centre of one of the greatest human achievements.

This year marks the 50th anniversary of the 1969 moon landing and to mark this occasion is a new observational documentary constructed from hours of archive video and audio recordings. Apollo 11 follows all the events of the lunar mission from just before launch until the astronauts splash down back on Earth eight days later. This documentary includes some previously unseen moments, including footage shot by the astronauts themselves on the moon.

Without a doubt, it was a momentous task for filmmaker Todd Douglas Miller (Dinosaur 13) and his crew to go through hours of archival footage and create a 93 minute observational documentary about the Apollo 11 mission. I do have to say that I believe that he did a quite competent job and creating a cinematic narrative out of this footage, which includes both the events in mission control, as well as footage in space shot by the astronauts themselves. Most impressive is the 65mm footage of the launch, which makes you feel like your are right there.

However, I do feel that Apollo 11 greatly lags from the point of the launch until the astronauts land on the moon. The question really needs to be asked whether this film truly had to be feature length, since I do believe that Apollo 11 would be better if they trimmed half and hour or more from the film. I didn’t really need to see all the nitty gritty of the mission, though I’m sure some people would see the appeal having having a front row seat to what was going on in mission control. Also, the film is noticeably lacking in outer space footage, with the film often relying on animations to visualize the progress of the mission.

While I do admit that I found Apollo 11 to be somewhat boring in parts, I still think it is a well constructed film that allows us to revisit the events of the moon landing. After five decades, there still hasn’t been a human achievement quite at this level and it is most definitely an event that is worth revisiting.