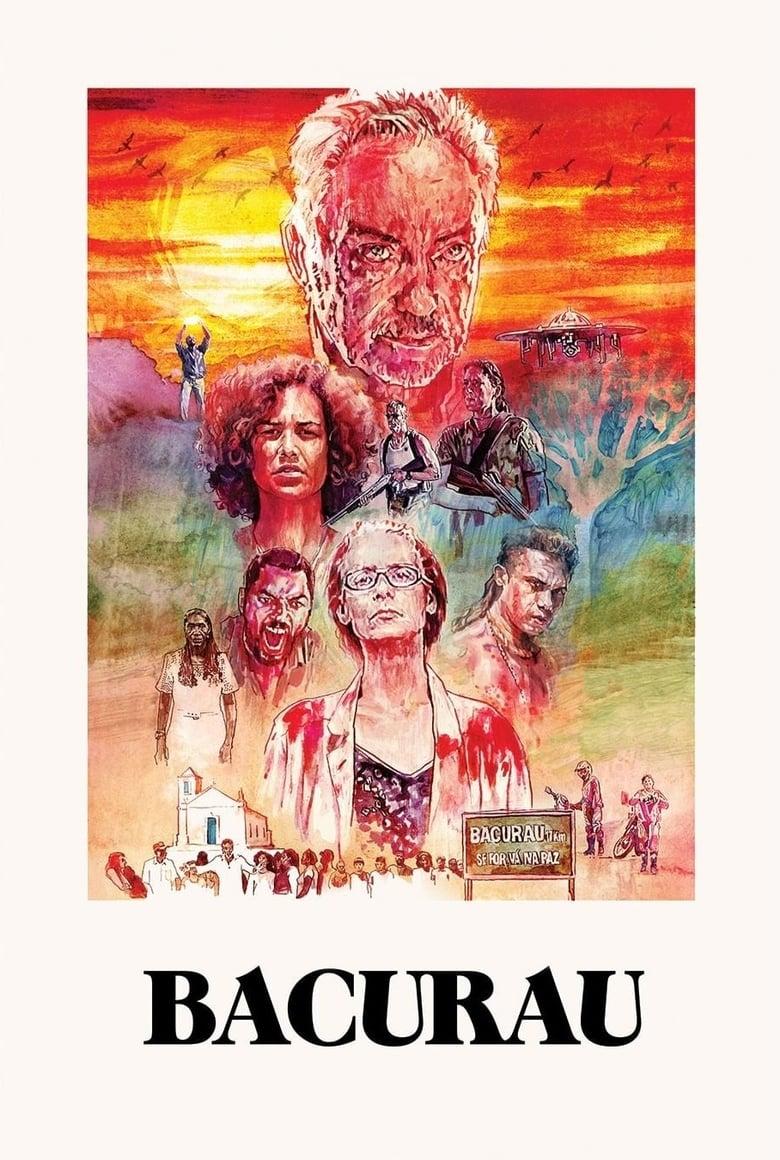 The population of a small Brazillian village has to deal with a group of armed mercenaries in Bacurau. Teresa (Bárbara Colen) returns home to Bacurau, a small village in the Brazilian sertão, to mourn the death of her grandmother and the town matriarch Carmelita. In the days following the funeral, the members of the village have begun to notice strange things, such as Bacurau vanishing from the map and the appearance of a UFO-like drone flying around. It is soon discovered that the area has been infiltrated by a group of mercenaries lead by Michael (Udo Kier) and villagers have to band together to fend off these armed invaders.

Bacurau is a genre-bending film from Brazilian filmmakers Kleber Mendonça Filho and Juliano Dornelles. The film kicks off at the funeral of the village matriarch Carmelita, which hits the population hard, none more so than the local doctor Domingas (Sonia Braga), who makes a very loud and public rant doing the procession. A few days after the funeral, bulletholes are found on the water delivery truck and a number of locals are found dead. This results in Acacio (Thomas Aquino), known to his friends as Pacote, to seek the help of local criminal Lunga (Silvero Pereira) to help prepare for the upcoming mercenary incursion.

Bacurau is a film that begins seeming like it will be a relatively straightforward drama about life in a small Brazilian village after the death of the local matriarch. We get to know the villagers as they proceed through their daily routines, which includes visits from the disingenuous local mayor Tony Jr (Thardelly Lima), who offer shallow gifts, even though he has built a dam that cuts off the village’s water supply. However, the sociopolitical commentary takes a more interesting turn when it is revealed that a mostly American group of mercenaries have arrived in the area and are preparing to move into Bacurau.

Bacurau is probably a film that is best experienced knowing very little about how the plot progresses, even if some elements, such as the mid-film appearance by Udo Kier as the leader of the group of mercenaries is known beforehand. However, I will say that the film builds up to an incredibly bloody climax. I also suspect that Bacurau is a film that would reward multiple viewings, as you try to spot hints early in the film about how the plot will develop later on.

Overall, I will say that Bacurau is a very interesting genre-bending film.