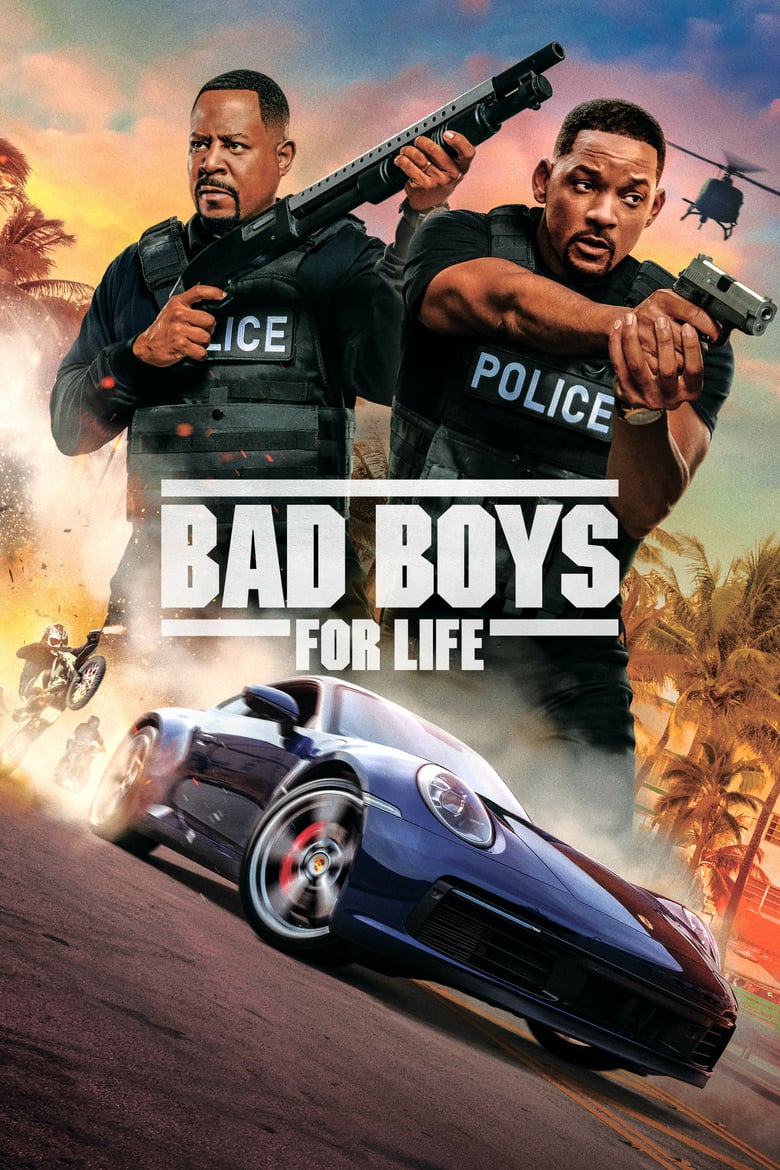 The bad boy Miami detectives return for one last ride in Bad Boys for Life. Detective Lieutenants Mike Lowrey (Will Smith) and Marcus Burnett (Martin Lawrence) have been partners in the Miami police department for over 25 years, though Marcus is considering retirement following the birth of his grandson. Meanwhile, Mexican cartel leader Isabel Aretas (Kate del Castillo) is broken out of prison by her son Armando (Jacob Scipio) and she sends him to enact bloody vengeance against those who sent her to prison, which includes Mike, who is a victim of a near-fatal drive-by shooting by Armando. When Mike recovers many months later, he finds that Marcus has indeed retired and is left to find the shooter on his own. This results in Captain Howard (Joe Pantoliano) to reluctantly allow Mike to consult with Advanced Miami Metro Operations (AMMO), led by Mike’s ex-girlfriend Rita (Paola Nuñez) and consisting of young officers Kelly (Vanessa Hudgens), Rafe (Charles Melton), and Dorn (Alexander Ludwig).

After 17 years, we are finally getting a third entry of the Jerry Bruckheimer produced action franchise that served as a launch of the film careers of actors Will Smith and Martin Lawrence and director Michael Bay. While Smith, Lawrence, and Bruckheimer make their return, Michael Bay has been replaced by the Belgian duo of Adil El Arbi and Bilall Fallah, directing a script by Chris Bremner, Peter Craig, and Joe Carnahan, the latter of whom was also once attached to direct. Bad Boys for Life reintroduces us to Mike Lowrey and Marcus Burnett, two hotheaded Miami detectives, who have lived by a “ride together, die together” philosophy, though they are both now starting to feel the strain of middle age. While Marcus is considering retirement to spend time with his family, Mike’s past begins to catch up with him in the form of Isabel Aretas, who wants vengeance against the man who sent her to prison many decades ago.

When Bad Boys was released way back in 1995, it helped to launch the film careers of both Will Smith and Martin Lawrence, who were both primarily known as the time for their TV work. Bad Boys II followed 8 years later in 2003 and finally, we are getting Bad Boys for Life after a wait of a better part of two decades. It is quite easy to go into Bad Boys for Life with lessened expectations, given both the lengthy gap between films, as well as the fact that Michael Bay is not returning to direct the third entry of the series that made his career.

Given all the things Bad Boys for Life has going against it, I will still say that it is a passable action film, even if it does feel like the story is trapped in a 1990s time capsule. Will Smith and Martin Lawrence still have good chemistry with each other, even though Lawrence clearly hasn’t aged as well as Smith has, making it somewhat harder for him to pass as a “bad boy.” However, I will say that it was a pleasant sight to see Joe Pantoliano return as Captain Howard since his roles have been getting a lot more scarce in recent years.

Altogether, I still say that Bad Boys for Life makes for an entertaining trip to the movies, even if they waiting too long to make a third entry to this franchise.