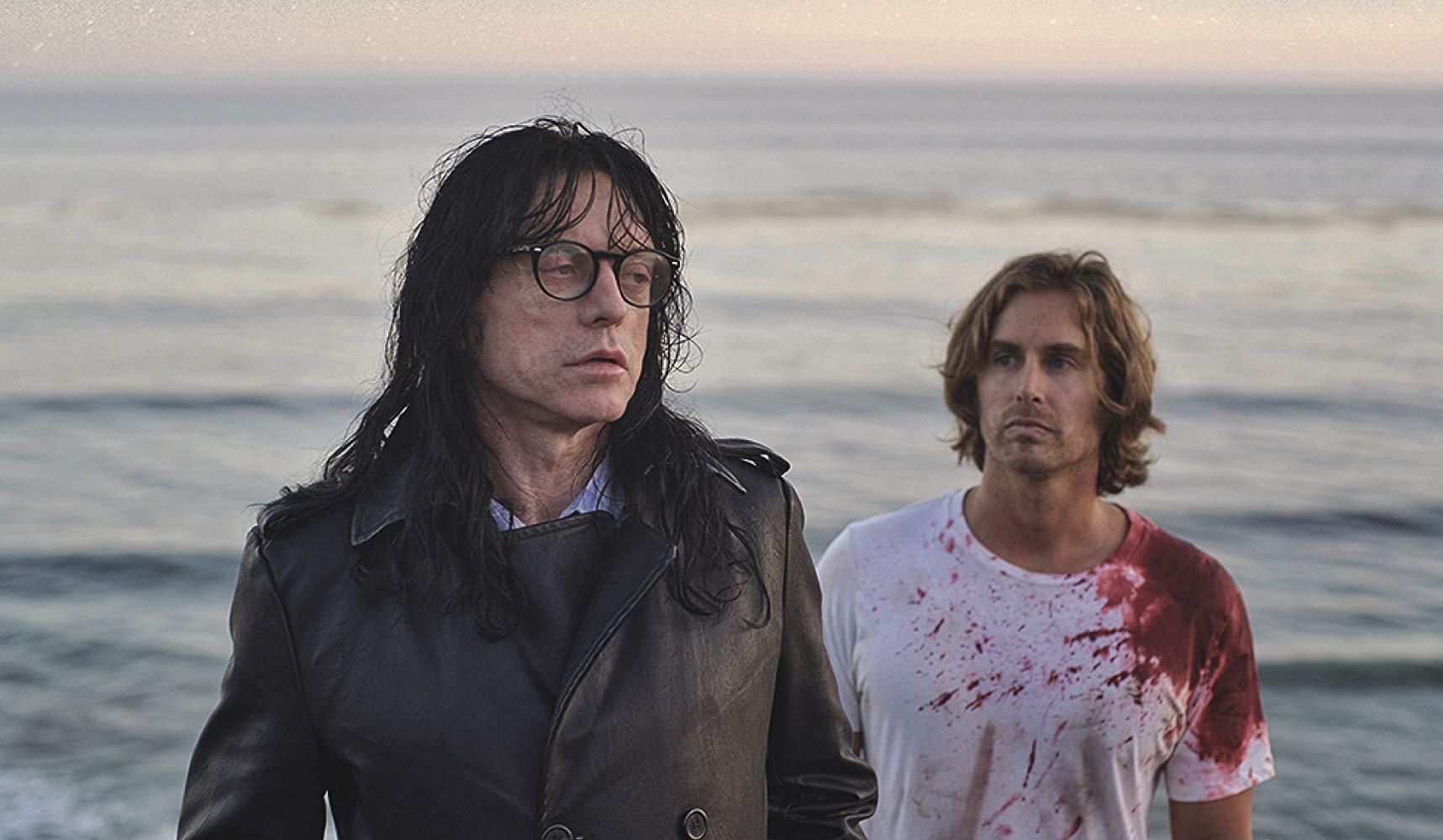 Greg Sestero and Tommy Wiseau reunite in Best F(r)iends. Jon Kortina (Sestero) is a homeless drifter in Los Angeles, who is taken in my eccentric mortician Harvey Lewis (Wiseau), who makes Jon an assistant at his mortuary. After discovering that Harvey has a mass collection of gold fillings collected by corpses, Jon comes up with a plan to sell the dental scrap and create a new life for himself and his bartender girlfriend Traci Walton (Kristen StephensonPino). However, Jon notices some suspicious behaviour by Harvey, which threatens their budding friendship.

Fifteen years after The Room became a midnight screening cult classic, Greg Sestero writes and produces Best F(r)iends, which reunites himself on screen with the very odd and eccentric Tommy Wiseau. We are introduced to Sestero’s character of Jon, as a homeless drifter wearing bloody shirt and begging for money at the side of the road. He soon encounters Harvey, a very eccentric mortician, who has the habit of creating masks to place upon corpses. Jon initially betrays Harvey’s trust by stealing some dental scrap to sell for money, but he eventually comes clean and Harvey reluctantly joins in on Jon’s plan to sell the scrap to a underground refinery. However, Jon begins to fear that Harvey is keeping all the money for himself, as he is witnessed doing shady dealing with a man named Malmo (Paul Scheer). This sets the stage for volume two, were Jon and his girlfriend Traci seek the help of Traci’s shady uncle Rick Stanton (Rick Edwards) to recover the money from Harvey’s safe.

The reputation of The Room as the “Citizen Kane of bad movies” has made major cult icons about of Greg Sestero and Tommy Wiseau, which is now even bigger, thanks to last year’s big screen adaptation of Sestero’s memoir The Disaster Artist. As such, there is a major curiosity factor at place to see the two reunite on screen 15 years later, in a film that’s written and produced by Sestero and directed by his friend Justin MacGregor. Apparently, Best F(r)iends was split into two volumes, because there was way too much footage shot. However, there is also a noticeable tonal shift in volume two, as it becomes less an absurd dark comedy and more a thriller with a major David Lynch vibe.

Fans of The Room are likely going to relate more to volume one, particularly since it features Tommy Wiseau going “full Tommy,” with reportedly ad-libbed lines and general odd behaviour. In fact, one of the reasons volume two feels a much different viewing experience is because Wiseau has a much less prominent role, with the bulk of the second volume focusing on Jon, Traci, and Rick. I really hate to say this, but less Tommy Wiseau makes for a lesser film, despite all the weird Lynchian dream sequences that fill the second volume.

I feel hard pressed to actual recommend Best F(r)iends, other than the curiosity factor of seeing Greg Sestero and Tommy Wiseau reunited on screen. Volume one is probably the slightly better of the two, with the second volume likely having you scratch your head at its weirdness.