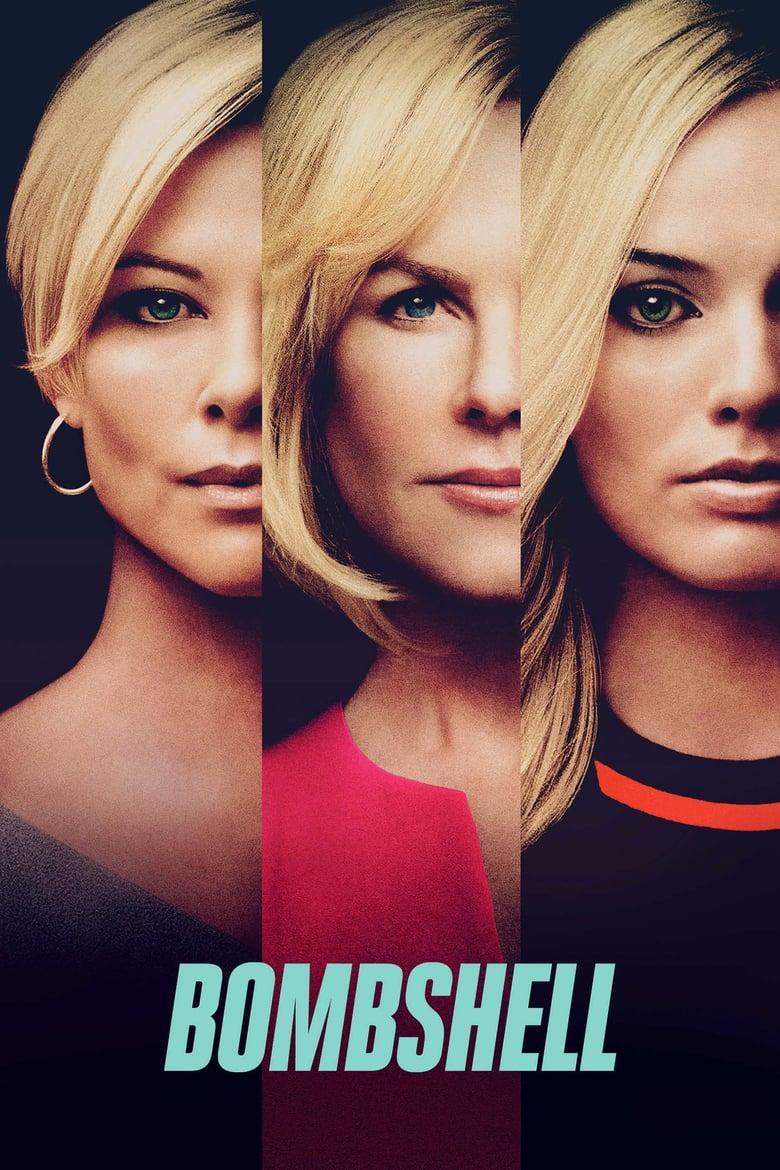 The story behind the 2016 Fox News scandal is told in Bombshell. Megyn Kelly (Charlize Theron) is one of the top anchors at Fox News, who had just recovered from a year of public ridicule by Presidential candidate Donald Trump when fellow Fox News host Gretchen Carlson (Nicole Kidman) finds herself suddenly fired. Immediately afterwards, Gretchen files a lawsuit accusing Fox News Roger Ailes (John Lithgow) of sexual harassment. This unleashes a firestorm in the newsroom, as the women of Fox News are split between loyalty to Roger and speaking the truth.

Bombshell is a satirical dramatization of the 2016 Fox News scandal directed by Jay Roach (Trumbo) and written by Charles Randolph (The Big Short). The film focuses on three women at the centre of the scandal, with Megyn Kelly and Gretchen Carlson being at the forefront and newsroom newcomer Kayla Pospisil (Margot Robbie) who is the latest victim of Roger Ailes’ inappropriate advances. As the scandal goes on Megyn Kelly, who has been hiding the truth of her own sexual harassment, has to decide whether she will risk her career and join Gretchen in speaking out against Roger.

There is a key moment in Bombshell when Charlize Theron, Nicole Kidman, and Margot Robbie enter an elevator together, marking the only time the three leads are seen on-screen together. Of the three, the primary focus is on Theron as Megyn Kelly, who tries to rally support for Gretchen Carlson among the women at Fox News. While she does have interactions with the other two, the story of Margot Robbie’s character of Kayla Pospisil is a mostly independent subplot that really only serves to show first hand how toxic for women Fox News truly was, whether it be Kayla being the victim of sexual harassment by Roger or her friend Jess Carr (Kate McKinnon) having to hide the fact that she’s a lesbian.

Having co-won the Oscar, with Adam McKay, for Best Adapted Screenplay for The Big Short, it seems that writer Charles Randolph is using that film as a template for Bombshell, particularly the fourth-wall-breaking narration by Megyn Kelly that opens the film. The film also plays a little sleight of hand when it comes to plot development since the entire first act of the film is devoted to Megyn being the victim of misogynistic tweets by Donald Trump after a debate, which results in her “becoming the headline.” However, that incident only leads the way the larger issue of how Roger Ailes has been getting away with sexual harassment, dating back to before Fox News was even founded.

A very natural place to level criticism at Bombshell is that it’s a very female-centric story that is both written and directed by men. That not to say Jay Roach and Charles Randolph don’t succeed in telling this story, if only by the fact that they successfully turned John Lithgow into a fat, grotesque, slimeball with his performance as Roger Ailes. However, there is probably more that could have been done with this story if it was told entirely from the female perspective, especially since this scandal planted the seeds for the whole #MeToo movement that would emerge in the following years.

However, Jay Roach and Charles Randolph set out to make The Big Short of Fox News sexual harassment scandals and that is exactly what they made.