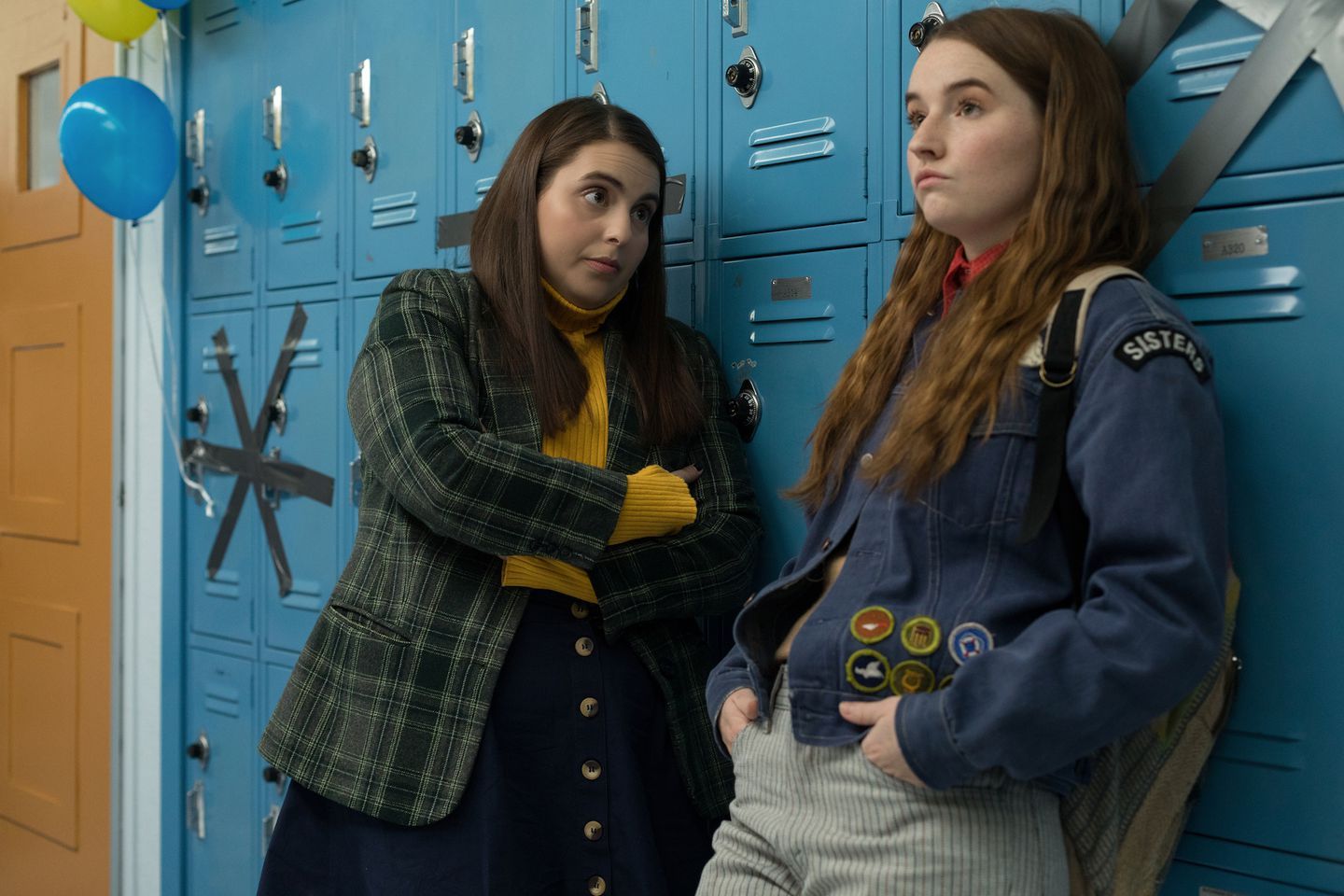 7.5
Booksmart (2019) 1h 42min | Comedy | 24 May 2019 (USA)
Director: Olivia WildeWriters: Susanna Fogel, Emily HalpernStars: Kaitlyn Dever, Beanie Feldstein, Jessica Williams
Summary: On the eve of their high school graduation, two academic superstars and best friends realize they should have worked less and played more. Determined not to fall short of their peers, the girls try to cram four years of fun into one night.
Countries: USALanguages: English, Mandarin
Source: imdb.comDisclaimer: This plugin has been coded to automatically quote data from imdb.com. Not available for any other purpose. All showing data have a link to imdb.com. The user is responsible for any other use or change codes.

Two best friends set out to party before graduating high school in Booksmart. Molly (Beanie Feldstein) and Amy (Kaitlyn Dever) are two best friends, who have spent their entire high school career focusing more on their studies than partying. However, after finding out that the party going students still got into good colleges, Molly wants to make up for lost time and attend a party hosted by Nick (Mason Gooding). However, the only problem with this plan is that the two friends have no idea where this party is located, which results in the two having a series of misadventures over the course of the night.

Booksmart is the directorial debut of actress Olivia Wilde, which in its simplest description is female-centric version of Superbad and other similar “one long night” coming-of-age stories. However, the film turns out to be a bit more deeper than that description, as the story tackles the issues faced by teenage girls, while also circumventing some of the cliches of the teen movie genre. Over the course of the film, Molly and Amy find themselves in a series of scenarios, including a lonely yacht party hosted by rich boy Jared (Skyler Gisondo), a murder mystery hosted by drama club members George (Noah Galvin) and Alan (Austin Crute), and a ride on a Lyft driven by Principal Brown (Jason Sudeikis). All the while, the two are given sage advice by the enigmatic Gigi (Billie Lourd), who keeps popping up at every location.

There is a very obvious comparison between Booksmart and 2007’s Superbad, right down to stars Beanie Feldstein and Kaitlyn Dever coming off like female versions of Jonah Hill and Michael Cera. However, it is almost not fair to compare Booksmart to the previous film, since it is ultimately its own thing. In fact, I have to argue that Booksmart is one of the better coming-of-age films to come in quite some time. This includes tackling some modern themes, including the fact that Amy is a lesbian pining for skater girl Ryan (Victoria Ruesga). The film also plays with viewer expectations over the prototypical mean girl Triple A (Molly Gordon), nicknamed as such for a reputation she has gained over her perceived habit of picking up guys at the side of the road. Then there is a scene-stealing performance by Billie Lourd (Star Wars: The Force Awakens) as the trippy Gigi, who keeps popping up everywhere. Then there are some notable adult performances in supporting roles, including Lisa Kudrow and Will Forte as Amy’s naive parents and Jessica Williams as “cool teacher” Miss Fine.

A good sign of the quality of Booksmart is that I was very much entertained by the film, even though I haven’t been a high school student for nearly two decades. This is a film that is sure to stand alongside Dazed and Confused and Superbad when it comes to memorable “one long night” coming-of-age films.