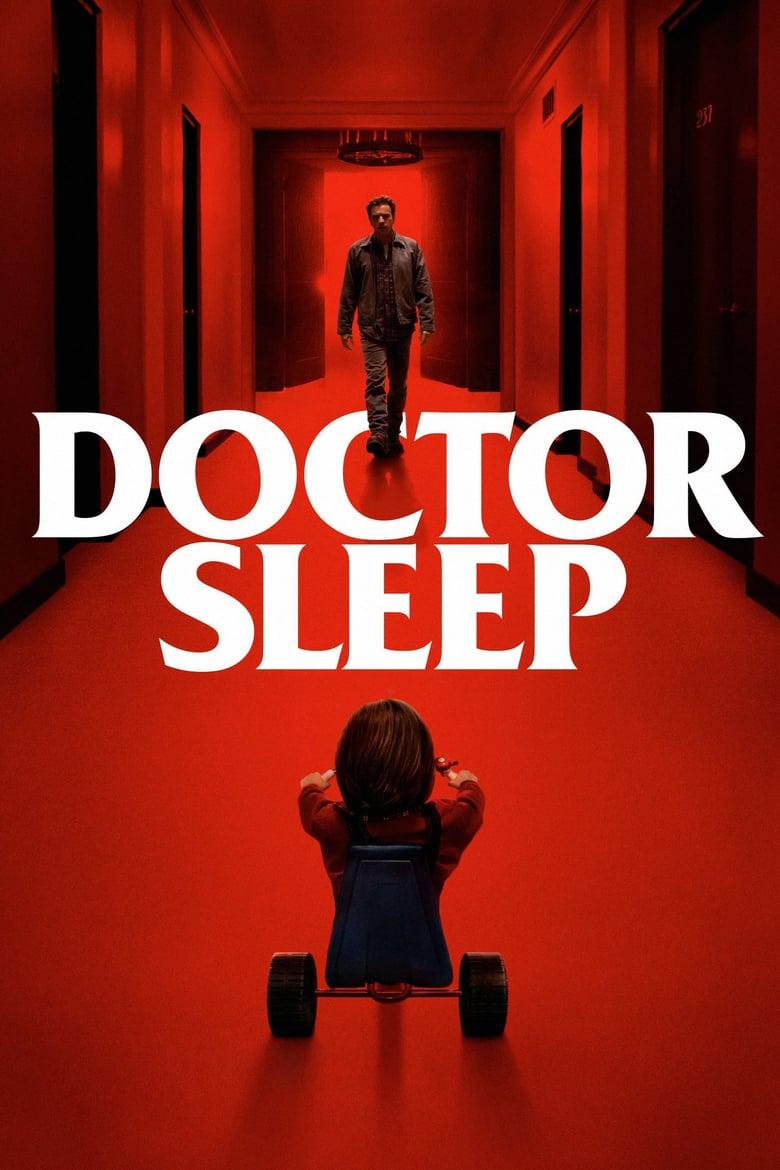 The Shining receives a follow-up four decades later in Doctor Sleep. Traumatized by his childhood experience at the Overlook Hotel, Dan Torrance (Ewan McGregor) has become an alcoholic drifter still haunted by the ghosts of his past. However, Dan begins to rebuild his life when he settles into a small town and joins AA with his new friend Billy Freeman (Cliff Curtis) as his sponsor. Despite suppressing his “shining” ability, Dan begins a psychic penpal friendship with Abra Stone (Kyliegh Curran), who sports extremely powerful shining abilities. Abra’s powers attract the attention of a supernatural cult called True Knot lead by Rose the Hat (Rebecca Ferguson), who feeds on children gifted with The Shining.

Mike Flanagan (Oculus, The Haunting of Hill House) writes and directs this adaptation of Stephen King’s 2013 sequel novel to The Shining. Flanagan made the creative decision of making this film adaptation of Doctor Sleep a direct follow-up to Stanley Kubrick’s 1980 film adaptation of The Shining, even though Stephen King has long expressed his dislike for Kubrick’s interpretation of the story. The story kicks off shortly after the events of the original, where a young Danny (Roger Dale Floyd) is still haunted by the ghosts of the Overlook and his guided by the spirit of Dick Hallorann (Carl Lumbly) to lock away these spirits in his mind. Many years later an adult Dan begins to rebuild his life and gets an orderly position at a hospice run by Dr. John (Bruce Greenwood), where Dan learns to lose his shining abilities to calm the dying, gaining the nickname “Doctor Sleep.”

Apparently Stephen King was inspired to write the original novel for Doctor Sleep when he kept getting questions about what happened to Danny and the traumatic effects he experienced as a child. However, it’s also clear that Stephen King didn’t want to do a simple rehash either, with the story of Doctor Sleep introducing other people with “shining” abilities, who are preyed upon by the True Knot, in order to gain long life. When Dan’s new friend Abra finds herself made the next target of the True Knot, he has to confront the literal ghosts of his past to save her.

While a decent enough film in its own right, Doctor Sleep finds itself heavily weighed down by the fact that it is a follow-up to The Shining, being released nearly four decades after Stanley Kubrick’s original. Mike Flanagan definitely wanted to pay homage to Kubrick’s film, painstakingly recreating The Overlook for the film’s climax. However, these sequences come off as little more than fan services, marred by the decision to cast Henry Thomas and Alex Essoe as Jack and Wendy Torrence in flashbacks, rather than using footage from Kubrick’s film. That said, Carl Lumbly does an excellent job at mimicking Scatman Crothers for his brief appearance in the film as Dan’s mentor Dick Hallorann.

I would argue that Doctor Sleep would have worked better if the story wasn’t a follow-up to The Shining. Probably the best element of the film is Rebecca Ferguson’s scenery-chewing performance as the antagonist Rose the Hat, which includes her partaking in one of the more horrifying moments in recent Stephen King adaptations, even beating out some of the sequences in IT.

Altogether, I would say that I would give Doctor Sleep a minor recommendation, even if we never really needed to return to the world of The Shining in the first place.