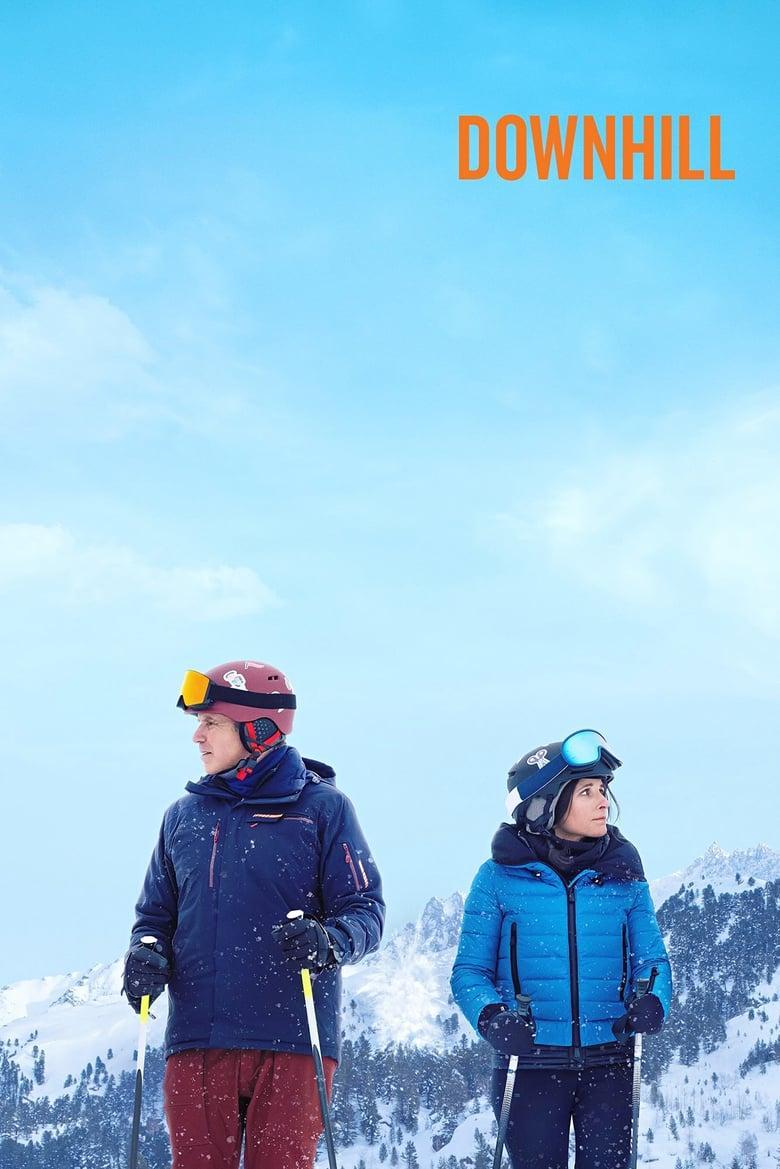 A man’s act of cowardice during an avalanche causes tensions with his wife in Downhill. Billie (Julia Louis-Dreyfus) and Pete (Will Ferrell) are a couple who have gone on a ski trip to Austria with their two kids, as a way for Pete to get over the recent death of his father. However, tensions quickly rise after a supposedly controlled avalanche spilled onto a restaurant, during which Pete grabbed his phone and ran away from his family. This results in a growing disdain from Billie towards her husband, which is made worse by the sudden arrival of Pete’s friend Zach (Zach Woods) and his girlfriend Rosie (Zoe Chao).

From directors Nat Faxon and Jim Rash (The Way Way Back) comes an English-language remake of the acclaimed 2014 Swedish film Force Majeure. Downhill changes the setting from a Swiss family visiting the French Alps to an American family visiting Austria, but otherwise keeps the same basic plot of an act of cowardice during an avalanche creating marital strife among a couple. They are joined in this misadventure by Pete’s friend Zach, currently in the midst of a semi-spontaneous European trek with his girlfriend Rose, and the very sexually promiscuous hotel manager Charlotte (Miranda Otto).

I’m going to context this review by the fact that we are currently less than a week past Bong Joon-Ho’s Parasite becoming the first non-English film to win Best Picture at the Oscars and itself will be the subject of an in-development English-language HBO series. Downhill is the English-language remake of Force Majeure that nobody really asked for and we really don’t need it. It’s a real shame that actors-turned-filmmakers Nat Faxon (Bad Teacher) and Jim Rash (Community) chose this as a follow-up to their acclaimed 2013 indie comedy The Way Way Back.

Downhill isn’t necessarily a terrible film, but it’s really uninspired how the film takes pretty much the exact plot of Force Majeure and shows it from the perspective of two annoying American tourists. This is most evident in a scene where Billie and Pete complain to the ski resort’s safety officer, played in a camera-winking cameo by original Force Majeure co-star Kristofer Hivju (Game of Thrones). At least that cameo was mildly humorous, unlike the grating presence of Miranda Otto sporting a terrible Austrian accent and being a little too open about her promiscuity. A much better supporting performance is by Zach Woods, playing the role performed by Kristofer Hivju in the original, who turns out to be a surprisingly good friend to Pete.

Ultimately, I will say that even though it is a somewhat passable film, you should not waste your time with Downhill and just seek out Force Majeure. At least that film ends with dark irony, instead of tying up the story in a feel-good bow.