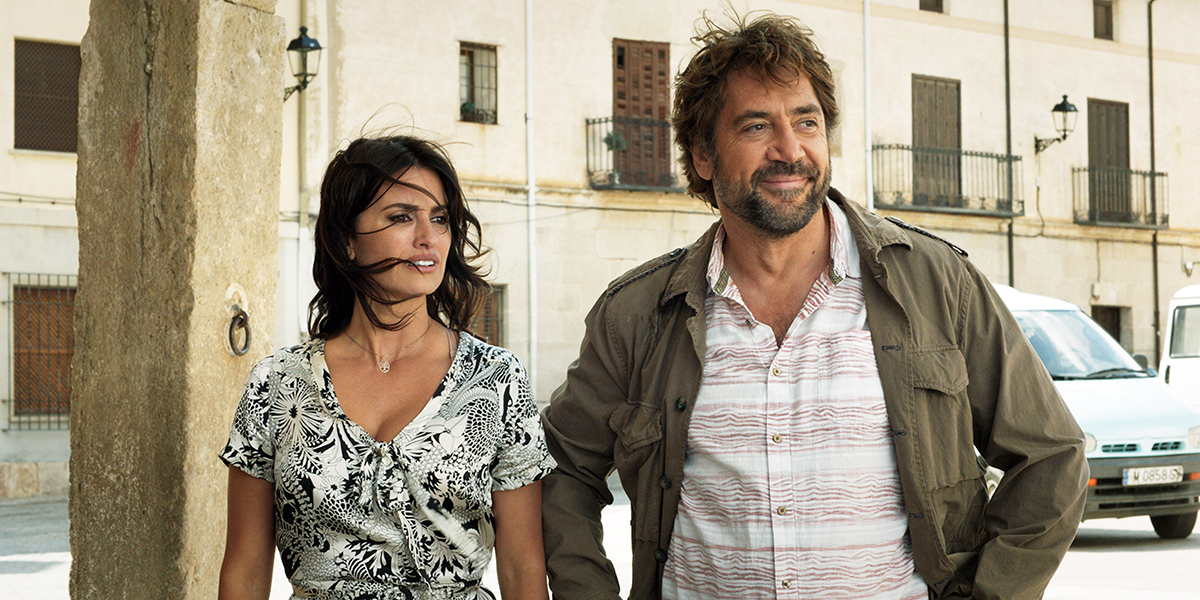 7.0
Everybody Knows (2018) 2h 13min | Crime, Drama, Mystery | 8 February 2019 (USA)
Director: Asghar FarhadiWriters: Asghar FarhadiStars: Penélope Cruz, Javier Bardem, Ricardo Darín
Summary: Laura, a Spanish woman living in Buenos Aires, returns to her hometown outside Madrid with her two children to attend her sister's wedding. However, the trip is upset by unexpected events that bring secrets into the open.
Countries: Spain, France, ItalyLanguages: Spanish, English, Catalan
Source: imdb.comDisclaimer: This plugin has been coded to automatically quote data from imdb.com. Not available for any other purpose. All showing data have a link to imdb.com. The user is responsible for any other use or change codes.

Suspicions build after a woman’s teenage daughter is kidnapped during a wedding in Everybody Knows. Laura (Penélope Cruz) has traveled home from Spain to Argentina to attend her sister’s wedding, bringer her two children in two. With Laura’s husband Alejandro (Ricardo Darín) unable to make the trip, she takes the time to catch up with her friends and family, including her ex-lover Paco (Javier Bardem), who is now married to Bea (Bárbara Lennie). During the wedding reception, the power suddenly goes around and Laura has discovered that her 16 year old daughter Irene (Carla Campra) has gone missing. With the help of Paco, Laura desperately tries to find her daughter, which results in the releasing of skeleton’s from the family’s closet.

From Academy Award nominated filmmaker Asghar Farhadi (A Separation), comes this drama about a mother desperately trying to recover her kidnapped daughter. With the kidnappers asking for a €300,000 ransom and insisting that the police not be contacted, Laura is left in a difficult position. Then there is the complicated relationship that she shares with Paco, who is still friendly with Laura’s family, despite some resentment over the fact that she had sold him an estate many years ago, which is now home to a thriving vineyard. This adds extra tension to the search for Irene, which is made greater after the revelation of a secret that Laura has been keeping for all these years.

It can be said that Everybody Knows is less a film about a kidnapping and more about how the kidnapping affects this family. At the centre of this story is Paco, a man who still clearly harbors feelings for Laura and is willing to do everything he can to help her recover Irene. There is a certain charm watching Javier Bardem play off his real life spouse Penélope Cruz to illustrate the immense history that Paco and Laura have with each other. In fact, Paco almost seems closer to Laura than her husband Alejandro, a recovering alcoholic who relies on his faith in God to ensure that Irene is located safely.

As the film progresses, the identity of who kidnapped Irene becomes less important and film opts to make a matter of fact revelation, leaving a few loose threads unresolved as the film fades away. What we are left with is a very intriguing character study, which will forever change those involved. In fact, by the end of the film you really end up feeling bad for Paco, whose dedication to his search for Irene affects both his business and personal life.

Altogether, Everybody Knows is a well done kidnapping drama, built upon the great chemistry between Spain’s power couple.

Everybody Knows opens on Friday, February 15, 2019 at the TIFF Bell Lightbox