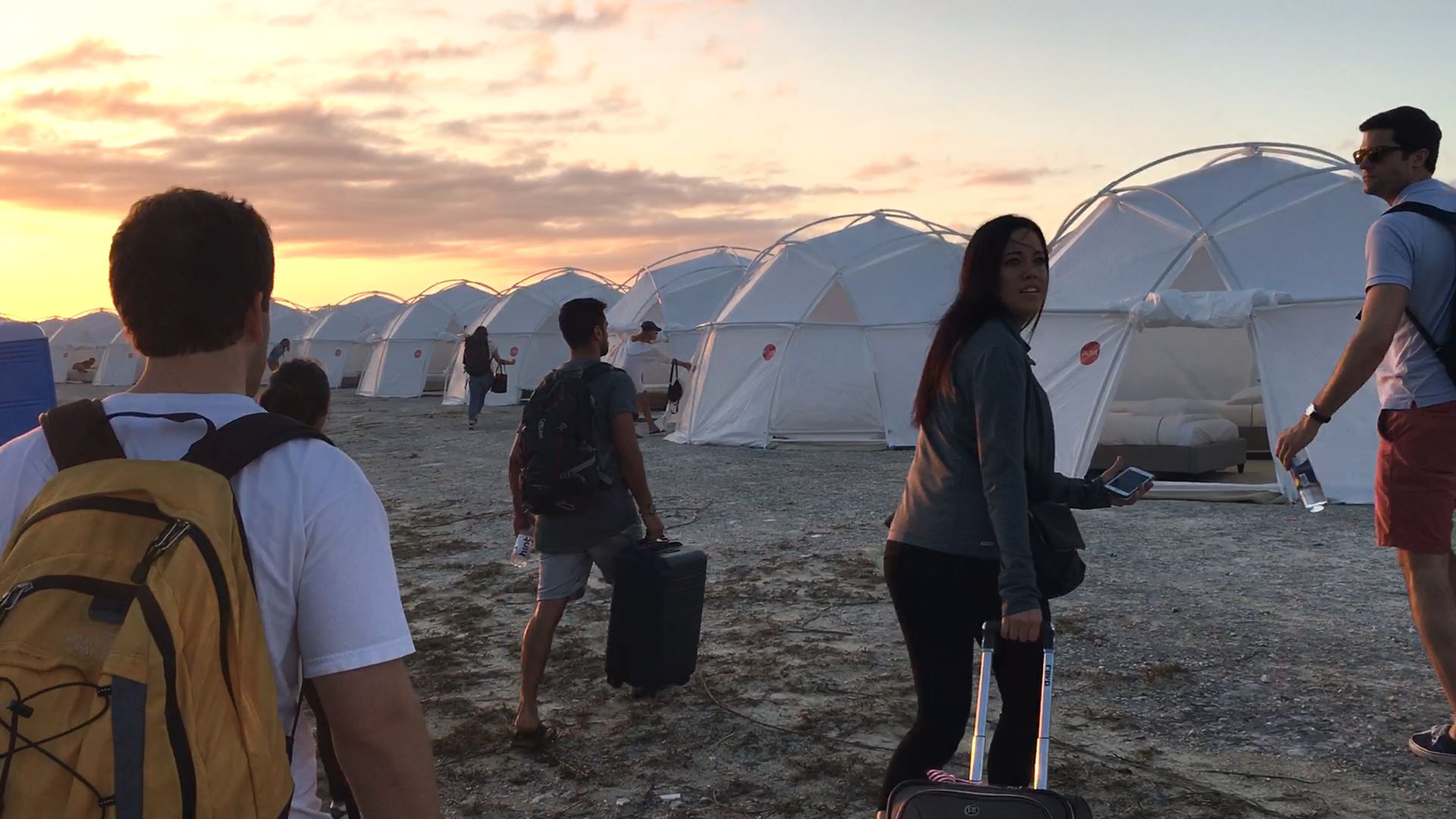 7.3
Fyre (2019) 1h 37min | Documentary | 18 January 2019 (USA)
Director: Chris SmithStars: Billy McFarland, Jason Bell, Gabrielle Bluestone
Summary: An exclusive behind the scenes look at the infamous unraveling of the Fyre music festival.
Countries: USALanguages: English
Source: imdb.comDisclaimer: This plugin has been coded to automatically quote data from imdb.com. Not available for any other purpose. All showing data have a link to imdb.com. The user is responsible for any other use or change codes.

A planned music festival turns into a complete disaster in Fyre: The Greatest Party That Never Happened. Billy McFarland was a New York based entrepreneur, who co-founded the music booking app Fyre, along with rapper Ja Rule. As a way to promote the app, McFarland decides to host a music festival on an island in the Bahamas and creates a promotional video for the event featuring a number of well-known models, who would also post about the festival in Instagram. However, as the date for the Fyre Festival approaches, it quickly becomes obvious that this was a party that was indeed too good to be true.

The Netflix produced documentary Fyre: The Greatest Party That Never Happened is one of two competing documentaries about the disastrous Fyre Festival from the spring of 2017, with the other being Fyre Fraud on Hulu. Directed by Chris Smith (American Movie), Fyre breaks down the events leading up to the Fyre Festival, which seemed doomed to be a disaster from the start. At the centre of the story is Billy McFarland, an entrepreneur who became known for his high end credit card Magnises. Partnering with rapper Ja Rule, McFarland’s follow-up venture is Fyre Media, which involves the creation of an app that would make it easier to book musicians for appearances. The Fyre Festival was created as a way to promote the app, but right from the start Billy McFarland was giving promises about the event that he would not be able to deliver on.

In many ways, Fyre can be seen as a cautionary tale that follow the age old adage that “if it sounds too good to be true, it probably is.” As a documentary progresses, it is revealed how much of fraudster Billy McFardland truly was, with him having borrowed money to pay for both Fyre and his previous venture Magnises. The Fyre Festival was advertised as a glamorous event, where you will be partying with models on a deserted island in the Bahamas. However, in actuality, Fyre turned out to be a rushed event that was oversold, with the concert goers asked to stay in what was a essentially a glorified refugee camp.

The aftermath of the Fyre Festival disaster is probably more interesting than the event itself. The film’s interviews covers multiple viewpoints, from employees who worked solely on the app, to the people who produced the promotional video, to the people who actually bought tickets for the event. By the end of Fyre, Billy McFardland comes off as a completely unredeemable scumbag, who would actually move right on to another scheme while out on bail. Even though they defend themselves in the film, some blame also has to be placed on the advertising firm that created the Fyre Festival’s promotional video, since they responsible for spreading a false message about what the festival really was like.

Since I don’t have Hulu, I can’t really watch Fyre Fraud to see how it compares to this film. However, I will still say that Fyre is an interesting look at what would happen if you promise something to people that you are unable to deliver.

Fyre: The Greatest Party That Never Happened is now available for streaming on Netflix.