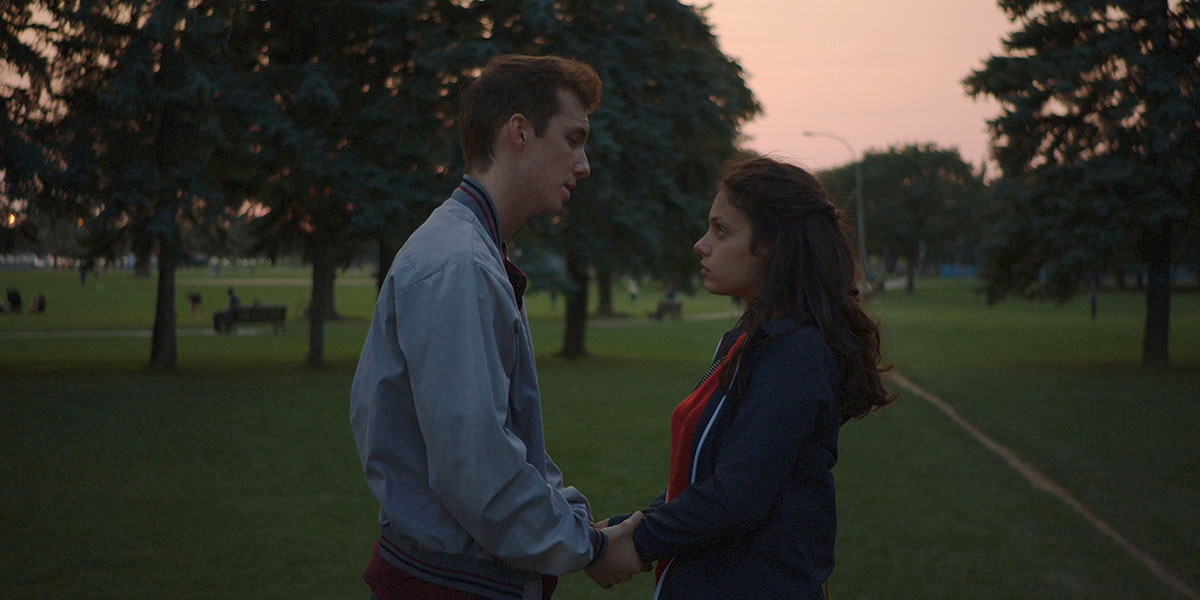 7.0
Genesis (2018) 2h 9min | Drama | 10 April 2019 (France)
Director: Philippe LesageWriters: Philippe LesageStars: Noée Abita, Paul Ahmarani, Marc Beaupré
Summary: Three teenagers are shaken up by their first loves in the turmoil of their youth. At a time when others are conforming, they stand their ground and assert their right to love and be free.
Countries: CanadaLanguages: French, English
Source: imdb.comDisclaimer: This plugin has been coded to automatically quote data from imdb.com. Not available for any other purpose. All showing data have a link to imdb.com. The user is responsible for any other use or change codes.

Three young teenagers’ struggles with first love are examined in Genesis. Guillaume (Théodore Pellerin) is a student at an all-boys school in Montreal, who is starting to feel a homosexual attraction to his best friend Nicolas (Jules Roy Sicotte). Meanwhile Guillaume’s step-sister Charlotte (Noée Abita) begins dating an older college student named Théo (Maxime Dumontier), behind the back of her photographer boyfriend Maxime (Pier-Luc Funk). Elsewhere, Félix (Édouard Tremblay-Grenier) is attending a summer camp and begins to feel an attraction towards Béatrice (Emilie Bierre).

Genesis is a coming-of-age anthology from director Philippe Lesage. Even though meant as a stand-alone film, Genesis is a de-facto follow-up to Lesage’s 2016 film The Demons, in how it features a segment focusing on that film’s protagonist Félix. However, the bulk of the film follows the concurrent tales of step-siblings Guillaume and Charlotte, who are both facing their own struggles with romantic relationships.

I have to admit that Genesis‘ format as an anthology wasn’t immediately apparent to me, since much of the film is spent switching back and forth between between Guillaume and Charlotte’s stories. It isn’t really until the final act of the film, which focuses entirely on Félix’s first-love experience at summer camp, where I fully clued on the format of the film. In fact, the inclusion of the final sequence can come off as a bit jarring, since we had spent most of the film getting to know Guillaume and Charlotte and it is a bit off-putting to suddenly switch focus to a protagonist from a previous film many people might not have seen. However, the summer camp tale is the most hopeful of the three, so it is probably Philippe Lesage’s way of ensuring that the audience goes away from the film somewhat happy.

Another element of Genesis that stands out is the film’s many musical cues, including many songs that are played multiple times throughout the film. Probably the most memorable of these sequences is a song and dance around a campfire, which actually would have been a quite moment to end the film on. That is actually my biggest criticism of Genesis, since there are a few moments, where the song playing makes it seem like the film is beginning to wrap up, only for the plot to end up continuing.

Save for final sequence of the film, the ultimate message of Genesis is that love and relationships can be hard pill to swallow for people, especially if you’re a teenager, who has not fully matured into adulthood.