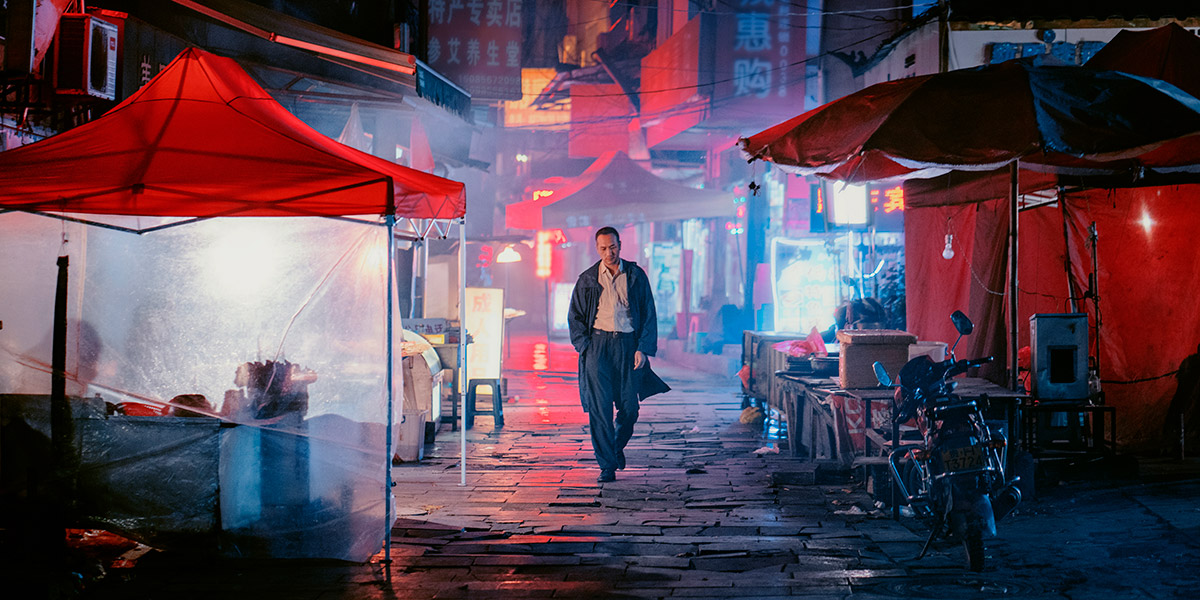 7.2
Di qiu zui hou de ye wan (2018) 2h 13min | Drama, Mystery | 31 December 2018 (China)
Director: Gan BiWriters: Gan BiStars: Wei Tang, Jue Huang, Sylvia Chang
Summary: A man went back to Guizhou, found the tracks of a mysterious woman. He recalls the summer he spent with her twenty years ago.
Countries: China, FranceLanguages: Mandarin
Source: imdb.comDisclaimer: This plugin has been coded to automatically quote data from imdb.com. Not available for any other purpose. All showing data have a link to imdb.com. The user is responsible for any other use or change codes.

A man searches for a lost love in Long Day’s Journey Into Night. Luo Hongwu (Huang Jue) returns home to Kaili for his father’s funeral. While there, Luo decides to search for his old love Wan Qiwen (Tang Wei), who continues to haunt him. His search eventually leads him to a festival in a small town, where he encounters a woman named Kaizhen, who reminds him of the love he lost.

Long Day’s Journey Into Night is the sophomore directorial effort from Chinese director Bi Gan (Kaili Blues). This film is noir drama, about a man returning to his hometown and being obsessed with finding a woman he once loved. Midway through the film, Luo Hongwu enters a movie theatre and puts on a pair of 3D glasses. It is at this point that the switches to 3D and is presented in a nearly hour long continuous take.

It seems to me that with Long Day’s Journey Into Night, director Bi Gan was less concerned with creating a film with a cohesive narrative and more with creating a film that truly is style over substance. Since the main selling point of the film is the hour long 3D single take, the first 70 minutes or so of the film are almost inconsequential, since I ended up just waiting for the transition point. Until then, I had to put up with a hard boiled story that was quite difficult to follow and ultimately mediocre.

Then the film becomes 3D. I do admit that it is a somewhat impressive feat to shoot an hour long single take, with the fact that it was in 3D just adding another layer. However, other than being a technical achievement, this sequence doesn’t really add anything to the film. For starters, the 3D sequence takes place at night, so the image is often too dark to really notice the stereoscopic effect. As such, I really feel that I wasted my time going to see a film for a gimmick that didn’t really deliver, especially since the 3D sequence felt like a completely separate film from what came before.