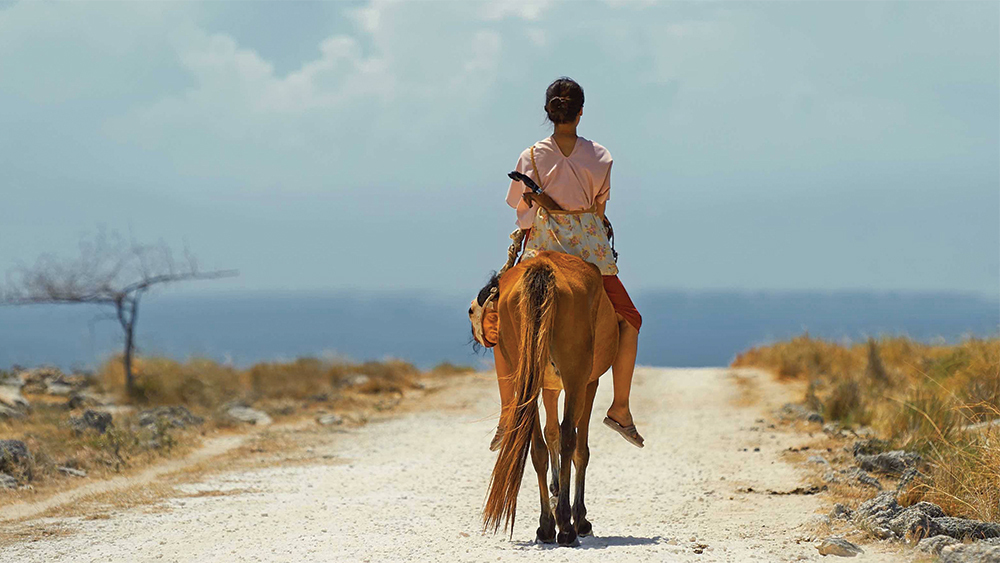 An Indonesian widow kills the men who rob her, before going on a journey of redemption in Marlina the Murderer in Four Acts. Marlina (Marsha Timothy) is a young woman living in an remote farmhouse, who is robbed and raped by a gang on men. With the help of poisoned soup and a machete, Marlina manages to killer who attackers and leaves on a journey with the gang leader’s severed head in tow. Marlina is joined by her “ten months pregnant” friend Novi (Dea Panendra) and the two have to avoid the surviving gang members, including hotheaded rookie Franz (Yoga Pratama).

With Marlina the Murderer in Four Acts, Indonesian filmmaker Mouly Surya has created a female-centric modern western, centring on the titular Marlina, who is introduced living alone in a farmhouse with the mummified remains of her dead husband. After killing the gang that comes to rob her, Marlina goes on a journey, both to report the crime to the police, but also find some redemption for her horrible actions. However, the journey isn’t an easy one, as the surviving gang members are looking for revenge.

With the actual murder referenced in the title happening in the first of four acts, most of the plot of Marlina the Murderer in Four Acts features Marlina on the run, carrying the severed head of her victim. Each of the four acts focuses on a different aspect of Marlina’s journey, beginning with the robbery that sets the plot into motion, followed by Marlina’s journey to confess to the police, and all ending with a birth.

Overall, while I would say that the actual story of Marlina the Murderer in Four Acts isn’t the most deep, it is still an interesting take on westerns and definitely a film that I recommend.