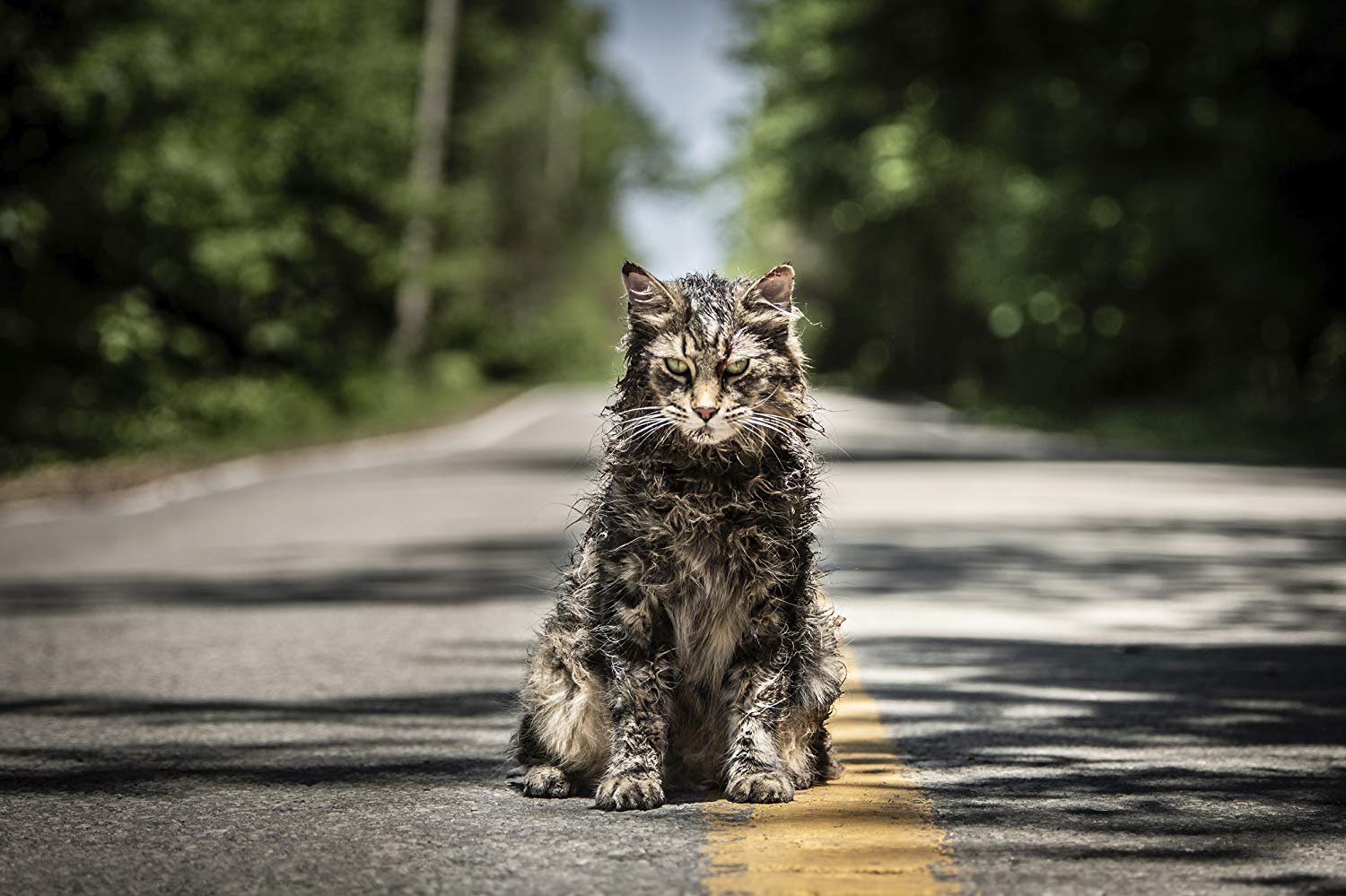 6.9
Pet Sematary (2019) 1h 41min | Horror, Thriller | 5 April 2019 (USA)
Director: Kevin Kölsch, Dennis WidmyerWriters: Stephen King, Matt GreenbergStars: Jason Clarke, Amy Seimetz, John Lithgow
Summary: Dr. Louis Creed and his wife, Rachel, relocate from Boston to rural Maine with their two young children. The couple soon discover a mysterious burial ground hidden deep in the woods near their new home.
Countries: USALanguages: English
Source: imdb.comDisclaimer: This plugin has been coded to automatically quote data from imdb.com. Not available for any other purpose. All showing data have a link to imdb.com. The user is responsible for any other use or change codes.

A family moves to a new house with a dark secret in the woods in Pet Sematary. Louis Creed (Jason Clarke) is a doctor, who along with his wife Rachel (Amy Seimetz) and children Ellie (Jeté Laurence) and Gage (Hugo and Lucas Lavoie), move into an isolated house in the woods outside of the small town of Ludlow, Maine. It isn’t long until they discovery that there’s a pet cemetery in the woods, where the local children bury their deceased pets. When the family pet Church is hit by a truck, Louis is lead by his neighbour Jud (John Lithgow) to a secret burial ground deeper in the woods, where something in the ground has the power to bring the dead back to life.

Arriving 30 years after the original 1989 film, Pet Sematary is a new big screen adaptation of the 1983 novel by Stephen King, directed by the filmmaking duo of Kevin Kölsch and Dennis Widmyer (Starry Eyes). The story explores themes of death and grief, while adding a supernatural horror twist. Louis is a strict atheist, who scoffs at talk of the afterlife, which greatly conflicts with his wife Rachel’s guilt over the accidental death of her sister Zelda (Alyssa Levine). However, Louis’ thoughts on the afterlife changes when he is shown an ancient burial ground that brings the family’s dead cat back to life. When tragedy strikes the family, Louis ends up making an extreme decision.

Pet Sematary continues the recent resurgence of Stephen King adaptations brought about by Andy Muschietti’s 2017 adaptation of It, the second chapter of which will be released later this year. Pet Sematary is considered by many, including the author himself, to be one Stephen King’s scariest story and the 1989 film adaptation directed by Mary Lambert is beloved by many.

Having not seen the original Pet Sematary, I can’t really say how this new version compares, other than the fact that it makes many notable changes from the source material. However, on its own, I do have to say that Pet Sematary is creepy as hell and the film is not afraid to go into some very dark places by the end. Part of the film’s creepiness comes from an excellent performance by child actress Jeté Laurence as Ellie, who particularly shines in the film’s final act. Another standout in the film is John Lithgow, stepping into the shoes of the late Fred Gwynne, as the Creed family’s neighbour Jud, who knows more about the local pet cemetery than he is letting on.

Altogether, I would say that your enjoyment of Pet Sematary is dependent on how much of an attachment you have to the original film. As someone with no attachment at all, I think that the film is quite successful as creepy and very dark horror film, which actually makes me want to go back and watch the original.