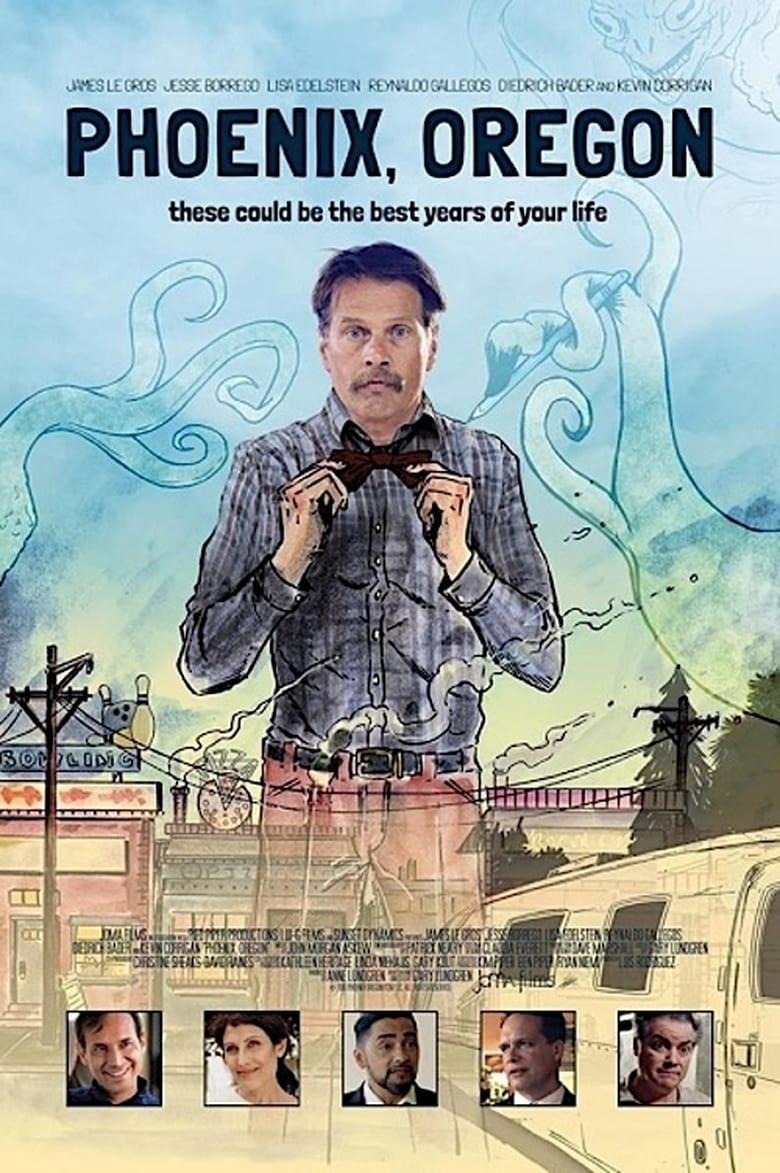 An aspiring graphic novel artist joins a business venture to reopen the local bowling alley in Phoenix, Oregon. Bobby Hoffman (James LeGros) is a middle-aged divorcee, who struggles to finish his autobiographical graphic novel, while working a dead-end bartending job for egotistical Kyle (Diedrich Bader), along with his longtime friend and chef Carlos (Jesse Borrego). One day Carlos pitches Bobby an idea to use his $50,000 inheritance to invest in a plan to reopen an old rundown bowling alley, with Carlos also planning to use the location to sell his homemade pizza recipe. Receiving an additional investment from entrepreneur Mario ((Reynaldo Gallegos), an acquaintance of Bobby’s friend Tanya (Lisa Edelstein), the plans are set in motion for this possible new chapter of Bobby’s life.

Phoenix, Oregon is a comedy from writer/director Gary Lundgren about a middle-aged man, who is still reeling about the past failures of his life, such as his mother’s sudden death and his short-lived marriage. Bobby has been documenting all these past events in an autobiographical graphic novel, which imagines the added element of all the events in Bobby’s life being a simulation created for the entertainment of aliens. There is a chance for Bobby’s life to turn around when he agrees to partner with Carlos to reopen the local bowling alley, a decision that is solidified when Bobby tastes Carlos’s excellent pizza recipe. Despite some hiccups, including dealings a jerk of a mechanic named Al (Kevin Corrigan), the Pheonix Rising bowling alley prepares for its grand reopening.

Probably one of the most interesting aspects of Phoenix, Oregon are sequences where Bobby narrates events of his life using frames from the graphic novel he is working on. In some ways, the fact that Bobby is working on an autobiographical graphic novel is somewhat more interesting than the primary plot of reopening the bowling alley. However, this aspect of the film does sit on the back burner for much of the running time, though it is used at one point to develop the growing relationship between Bobby and Tanya, as she encourages him to finish the graphic novel and send it in to a publisher.

If there is one thing that you will end up taking away from Phoenix, Oregon, it would likely be a craving for the homemade pizzas that Carlos makes, since they definitely look quite delightful. Altogether, I would say that Phoenix, Oregon is a fine, yet somewhat forgettable, midlife comedy.