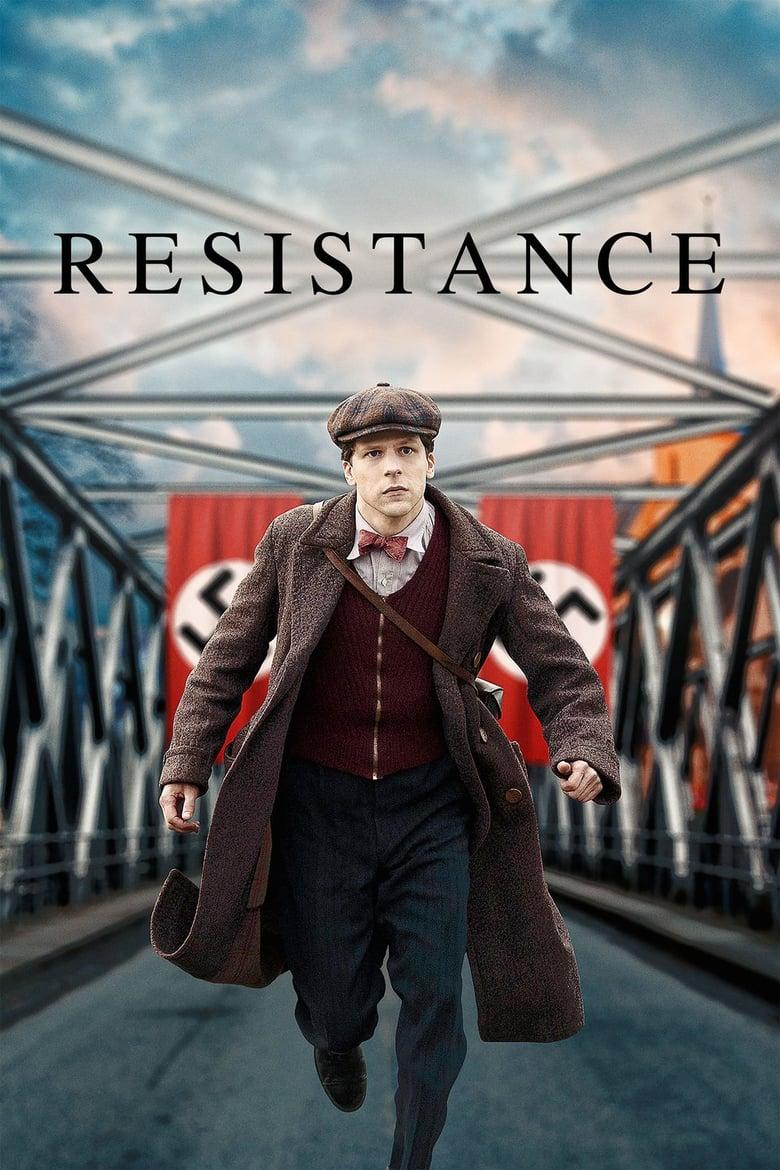 An aspiring actor joins a resistance group seeking to save the lives of Jewish orphans during World War II in Resistance. Marcel Mangel (Jesse Eisenberg) is a young man in Strasbourg, France, who works in his father’s butcher shop during the day, while at night aspires to become a mime. One day, Marcel is recruited to help his friends Georges (Géza Röhrig), Emma (Clémence Poésy), and Mila (Vica Kerekes) give shelter to a group of 123 orphaned Jewish children, who have been smuggled in from Germany by Marcel’s brother Sigmund (Edgar Ramírez). Marcel’s talents as a mime help him develop a rapport with the children, but as the Nazis begin to move into France, Marcel and Emma become more involved in the French Jewish Resistance, trying to stay one step in front of the Obersturmführer of the SS Klaus Barbie (Matthias Schweighöfer).

Resistance is a World War II set drama, which also acts as a biography of the early years of Marcel Mangel, who would come to become known as Marcel Marceau, the most important mime of all time. The film is framed as a story told General George S. Patton (Ed Harris), during a victory rally at the end of the war. We are introduced to Marcel in 1938, as he performs Charlie Chaplin routines to his father’s disapproval and he attempts poorly to court Emma. However, as the Nazis proceed to occupy France, Marcel decides to do whatever he can to save Jewish children, before they are captured by the Gestapo.

With Resistance, writer/director Jonathan Jakubowic sets out to tell the story of a period on the life of the famous mime Marcel Marceau which is arguably not exactly common knowledge. Through his work with the French Resistance, Marcel helped to save nearly ten thousand children during the Second World War. Those expecting Resistance to heavily involve Marcel’s work as a mime are going end up receiving a bit of a grim reality check, since other than some clownery in the first act of the film, since is a deadly serious Holocaust film. In fact, the film features some almost disturbing moments of Klaus Barbie executing Jewish prisoners in the pool of Gestapo’s headquarters at the Hotel Terminus, including a suggested act that I am glad they do not show.

Ultimately, while Resistance is a film that ensures that we do not forget the horrible acts of the Holocaust, it also acts as a reminder that there were also symbols of hope that came out of the Second World War.