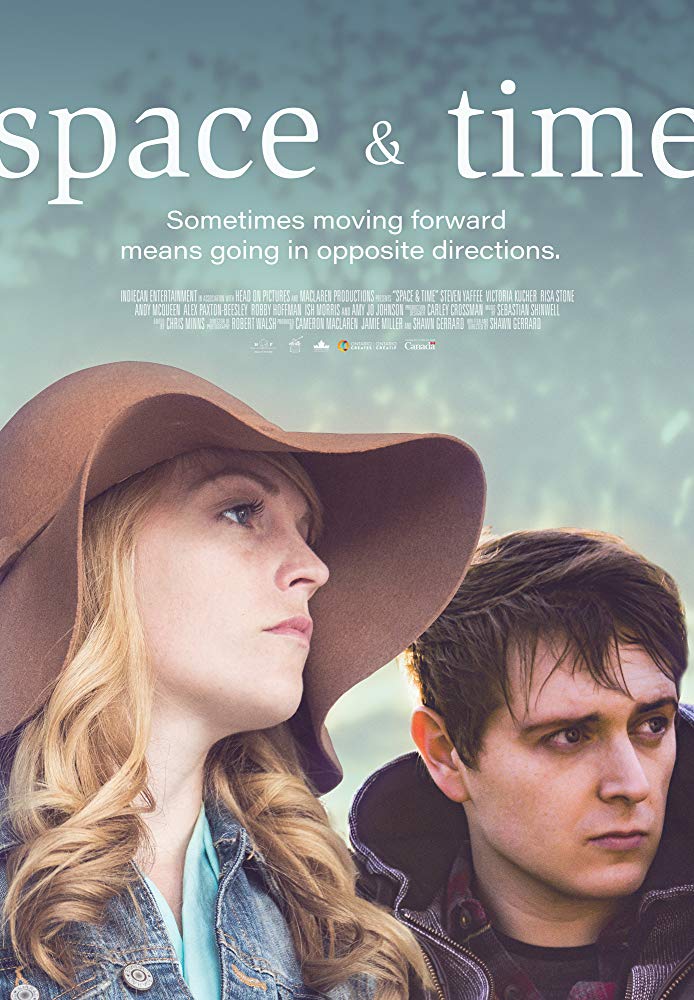 Full Disclosure: I was classmates at York University with both Space & Time‘s writer/director Shawn Gerrard and producer Cameron MacLaren

A longtime couple begins to find their paths drifting apart in Space & Time. As they celebrate their anniversary, Sean (Steven Yaffee) and Siobhan (Victoria Kucher) contemplate the existence of alternate versions of themselves with the common denominator being that they are together in each scenario. However, as they both approach the age of 30, Sean and Siobhan begin to find their paths diverging and after a stressful night with Sean’s friend D.D. (Risa Stone), Siobhan decides that the time has probably come to end their relationship.

Space & Time is a romantic drama and the feature-film debut for writer/director Shawn Gerrard. We are introduced to Sean and Siobhan as they are celebrating 7 years together. Sean is a talented photographer and Siobhan is an academic physicist, who is preparing an application to CERN in Geneva. Sean and Siobhan begin to feel their lives moving out of sync and Siobhan fears that they have become numb and complacent, instead of being truly happy with each. The two end up breaking up and Sean rebounds with his friend D.D., while Siobhan exchanges flirtations with her co-worker Alvin (Andy McQueen). However, the question remains whether the two might still have a chance, in one reality or another.

Breaking up is hard to do, especially when you feel that you are destined to be with each other. That is ultimately the main message of Space & Time, which depicts the aftermath of a relationship that just couldn’t work out. The film playfully begins by contemplating the concept of alternate realities, as Sean and Siobhan celebrate their 7th anniversary on the Toronto Islands. However, as they decided not to camp out on the island, Siobhan fears that the path of she and Sean has diverged from the other versions of themselves. This combined with jealousy over Sean’s friend D.D. leads to a large fight between the two and the eventual decision to break-up the relationship. Even though they both move on to rebound relationships, Sean and Siobhan still end up feeling a longing for each other and at one point Sean even receives sage advice for his relationship grieving from D.D.’s spiritual advisor Ahkila, played in a very memorable cameo by Amy Jo Johnson.

While Space & Time does fall into some of the trappings of romantic films, ultimately the film is a very grounded in reality depiction of the aftermath of the end of a longterm relationship. That said, the story could have developed the possibility of there being alternate versions of Sean and Siobhan, other than it merely being a plot device to plant the seeds of doubt in their relationship.