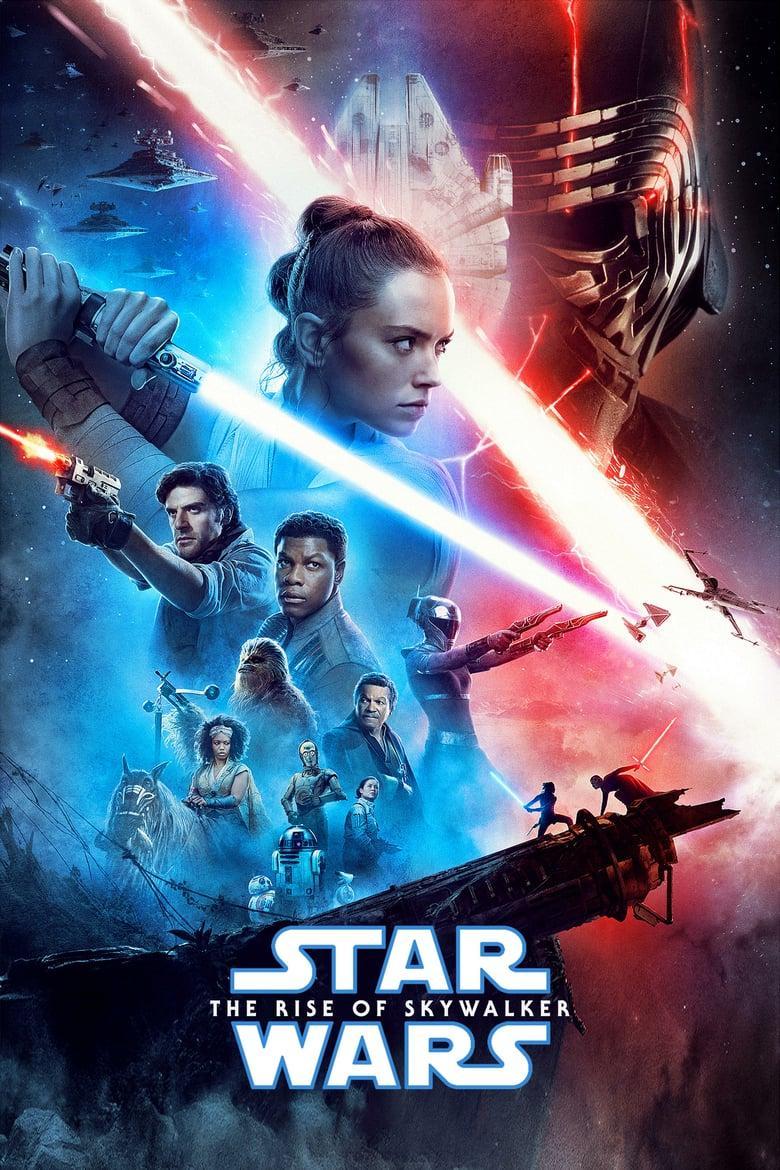 The Resistance makes its last stand against the First Order in Star Wars: The Rise of Skywalker. As the war between the Resistance and the First Order rages on, it is discovered that the long thought deceased Emperor Palpatine (Ian McDiarmid) has returned and has been secretly controlling the First Order from the Sith homeworld of Exegol. Having prepared a secret armada of Star Destroyers to destroy the Resistance, Palpatine instructs Kylo Ren (Adam Driver) to seek out and destroy Rey (Daisy Ridley), who has been training as a Jedi with Leia Organa (Carrie Fisher). Rey teams up with Finn (John Boyega), Poe Dameron (Oscar Isaac), and C-3PO (Anthony Daniels) to locate a Sith Wayfinder to find their way to Exegol and stop Palpatine.

After the very divisive plot choices, Rian Johnson made with The Last Jedi, J.J. Abrams returns to the director’s chair to complete this sequel trilogy that is also supposed to act as a grand finale for the entire “Skywalker Saga” that began with the original Star Wars in 1977. In a similar fashion to how J.J. Abrams used a lot of that original film in the construction of the plot of The Force Awakens, The Rise of Skywalker is a film that is heavily reminiscent of Return of the Jedi. Part of this comes from the unexpected return of Ian McDiarmid as Emperor Palpatine, also known as the Sith Lord Darth Sidious. Using the dark side of the Force to supernaturally return from the dead, it is revealed that Palpatine was the true puppet master behind Supreme Leader Snoke and the First Order. The next step of Palpatine’s plan is to unleash the Final Order upon the Resistance, using an armada of all-powerful Star Destroyers. The only obstacle in his path is young Rey, who has been developing her skills as a Jedi, despite feeling the pull of the dark side.

Star Wars: The Rise of Skywalker is a film that is meant to be the grand conclusion of everything that has come before. However, it’s also the first film in this sequel to focus primarily on the three young protagonists Rey, Finn, and Poe Dameron, who go on their first adventure together as a team. We even learn a bit more about Poe’s past, as we meet Zorii Bliss (Keri Russell), an old flame from Poe’s days as a spice runner. Joining the legacy cast of Mark Hamill and Carrie Fisher, the latter posthumously included in the film through archive footage is the returning Billy Dee Williams as Lando Calrissian, who has a small but important role in this final battle. On the First Order side of things, Kylo Ren’s returning lackey of General Hux (Domhnall Gleeson) takes a backseat to the more sinister, and loyal to the Emperor, General Pryde (Richard E. Grant).

When Rian Johnson wrote and directed Star Wars: The Last Jedi, he made the decision to forgo the nostalgic fan service present within The Force Awakens and decided to take the series in a bold new direction, particularly by removing any importance from Rey’s parentage and giving the message that the Force can be used by anyone. While J.J. Abrams and co-writer Chris Terrio don’t outright retcon Rian Johnson’s contributions to the saga, they do end up writing around the revelations in such a way that who Rey’s parents are once again becoming a very important plot point.

I have to talk a bit about the decision to use archive footage from The Force Awakens and The Last Jedi to bring Carrie Fisher back for one final performance as Leia Organa. While definitely a better route than the controversial CGI Peter Cushing that was in Rogue One, I do have to admit that this performance came off a somewhat robotic, with Fisher saying no more than a line at a time. At least the film got to give Leia a proper sendoff.

So, what are my ultimate opinions on Star Wars: The Rise of Skywalker? I will say that this is definitely the weakest film of the sequel trilogy, with J.J. Abrams’ blatant fan service not working as well as it did with The Force Awakens. This is a film that is meant to wrap up a story developed over four decades and while it does succeed at that in some aspects, I still ended up having a lukewarm response to how it all turns outs, particularly in how the very explanation of the title is ultimately a bit of a cop-out.