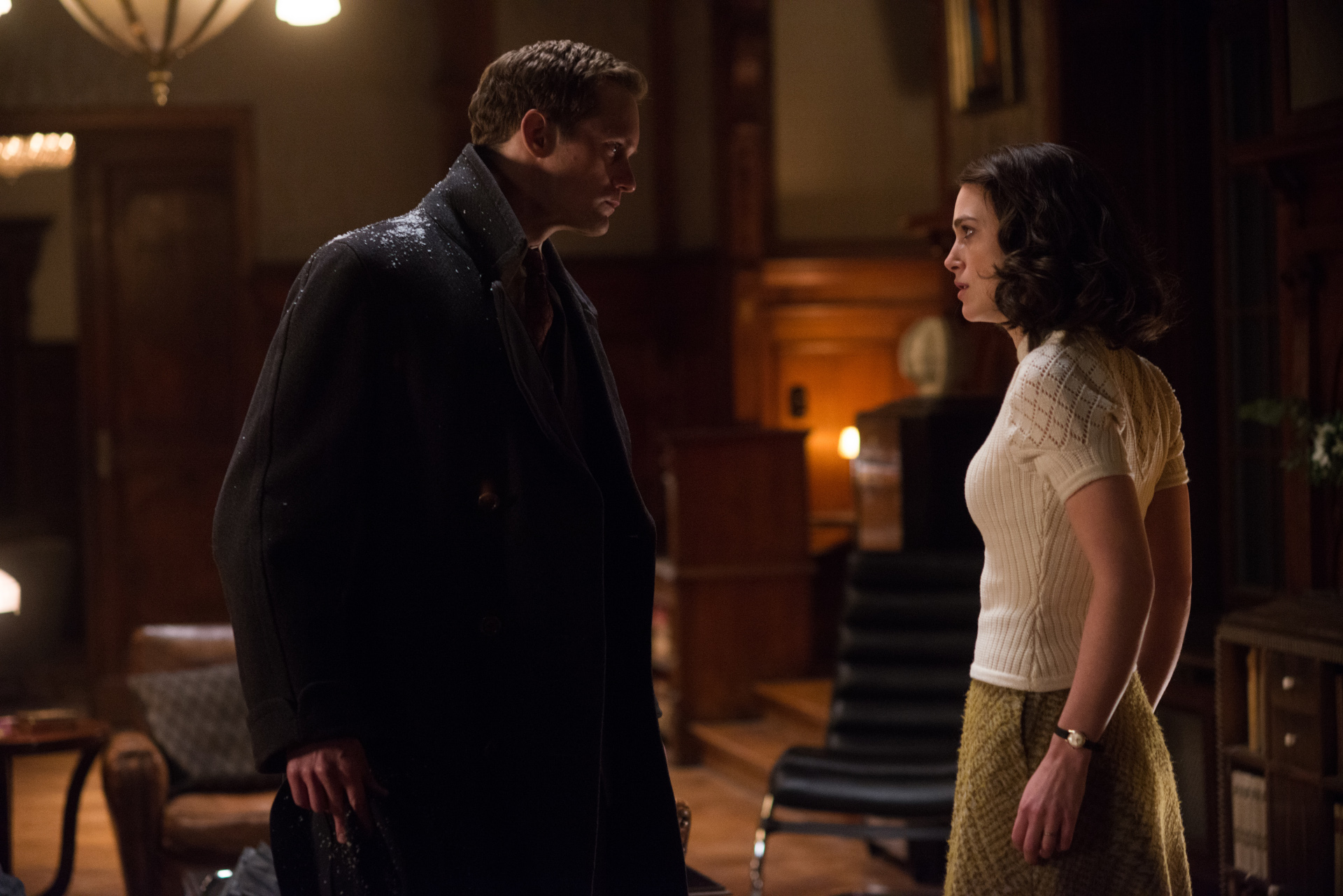 6.1
The Aftermath (2019) 1h 48min | Drama, Romance, War | 15 March 2019 (USA)
Director: James KentWriters: Joe Shrapnel, Anna WaterhouseStars: Keira Knightley, Ned Wills, Pandora Colin
Summary: Post World War II, a British colonel and his wife are assigned to live in Hamburg during the post-war reconstruction, but tensions arise with the German who previously owned the house.
Countries: UK, Germany, USALanguages: English, Russian
Source: imdb.comDisclaimer: This plugin has been coded to automatically quote data from imdb.com. Not available for any other purpose. All showing data have a link to imdb.com. The user is responsible for any other use or change codes.

The wife of a British colonel in post-war Germany develops a relationship with the owner of the house she’s living in The Aftermath. Five months after the end of the second World War in 1945, Rachael Morgan (Keira Knightley) travels to Hamburg to join her husband Lewis (Jason Clarke), who is a colonel helping to oversee the rebuilding efforts. Lewis requisitions a large house owned by Stephen Lubert (Alexander Skarsgård), for himself and Rachael to stay in. Rachael is initially quite distrustful of Lubert and is bothered by the fact that Lewis allows him and his daughter Freda (Flora Thiemann) to keep living in the house. However, with Lewis seemingly focused more on his work than his marriage, Rachael slowly develops an attractions towards Lubert.

The Aftermath is a post-World War II drama, adapted from the novel of the same name by Rhidian Brook. Taking place in Hamburg, mere months after the war, there is still an inherent distrust of the German people, which is justified by the presence of Hitler loyalists, who have been performing terrorist attacks against the British soldiers occupying the city. Meanwhile, Rachael Morgan reunites with her husband Lewis after a lengthy time apart and it is quickly apparent that their marriage is not in a good state. We soon learn that this is from the tragic death of their son during the London bombings, which leads to the still-grieving Rachael to develop a connection with Stephen Lubert, who had lost his wife during the war.

It can be said that The Aftermath is a film that is trying to tell two stories. On one hand, the film is about the state of Germany in the direct aftermath of the Second World War, where both the German citizens and British soldiers hold extreme prejudices against each other. Then there is the forbidden romance aspect of the story, where Rachael Morgan begins to move past her distrust of Stephen Lubert and begins to develop a connection for him that she lost with her husband Lewis. A connective tissue between these two plot threads is Lubert’s teenage daughter Freda, who is angry that a British soldier has stolen her home and begins associating with a group of Hitler loyalists.

The Aftermath is a romantic drama that does its job, without really providing anything extra. While you will definitely be going home happy if you come into the film expecting to see steamy love scenes between Alexander Skarsgård and Keira Knightley, the actual examination of the state of post-war Germany almost becomes an afterthought by the end of the film. Overall, The Aftermath a passable film for what it is.