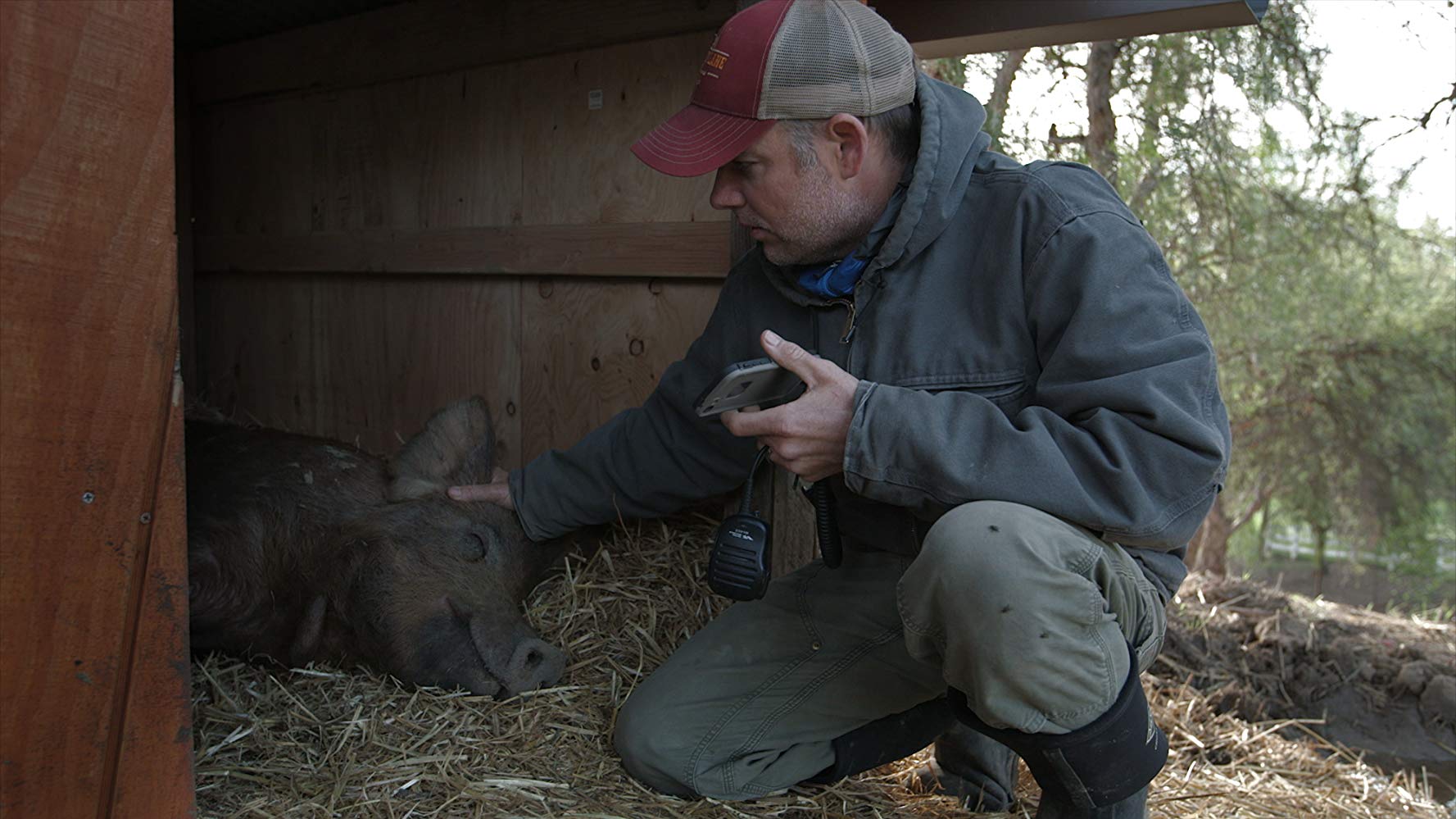 8.2
The Biggest Little Farm (2018) 1h 31min | Documentary | 10 May 2019 (USA)
Director: John ChesterWriters: John Chester, Mark MonroeStars: John Chester, Molly Chester
Summary: Documentarian John Chester and his wife Molly work to develop a sustainable farm on 200 acres outside of Los Angeles.
Countries: USALanguages: English
Source: imdb.comDisclaimer: This plugin has been coded to automatically quote data from imdb.com. Not available for any other purpose. All showing data have a link to imdb.com. The user is responsible for any other use or change codes.

A couple trades in life in the city to realize their dreams of running a farm in The Biggest Little Farm. John Chester is a wildlife filmmaker, who faces eviction from his Los Angeles apartment after they adopt a rescue dog named Todd. John and his food blogger wife Molly decided to take this opportunity to realize their dream of running a farm that’s just like what you see in children’s books. The couple acquired the 200 acres of Apricot Lane Farms in Moorpark, California, which was in immense disrepair. With the help of their eccentric consultant Alan York, John and Molly rebuilt the farm from the ground up, with the very ambitious goal one of the most diverse farms of its kind with complete coexistence with nature. Over the next seven years, the couple finds out that running a farm is more difficult than it appears.

The Biggest Little Farm is a document of the seven-year process of filmmaker John Chester’s efforts to turn Apricot Lane Farms from a dilapidated property to a profitable enterprise. John and Molly come in with a very ambitious and somewhat Utopian plan for their farm. However, the solution to one problem just leads to another, as they have to deal with coyotes killing chickens, infestations of snails, and other issues that arise on the farm. However, John and Molly are encouraged by their consultant Alan to wait out all the growing pains, as nature will eventually sort itself out.

You can tell that The Biggest Little Farm is made by someone who has experience shooting wildlife since much of the film is constructed of quite well-composed shots of the farm animals and other creatures that inhabit this farm. In fact, I would almost argue that the film would almost be better with just the “Animal Vérité,” without John Chester’s narration that is constantly reminding us of his vision about living in harmony with nature, which includes trying to find ways to deal with pests, without resorting to just killing them.

There are many moments in The Biggest Little Farm that can be quite difficult to watch as an animal lover, as the film doesn’t really shy away from showing farm animals killed by predator attacks or the few instances when injured animals have to be euthanized. In fact, probably the biggest takeaway I had about the film that running a farm is more difficult and possibly heartbreaking than it may appear to be.

Despite delving into some of the hard truths of farm life, I still have to say that The Biggest Little Farm is still a quite enjoyable depiction of life on the farm.