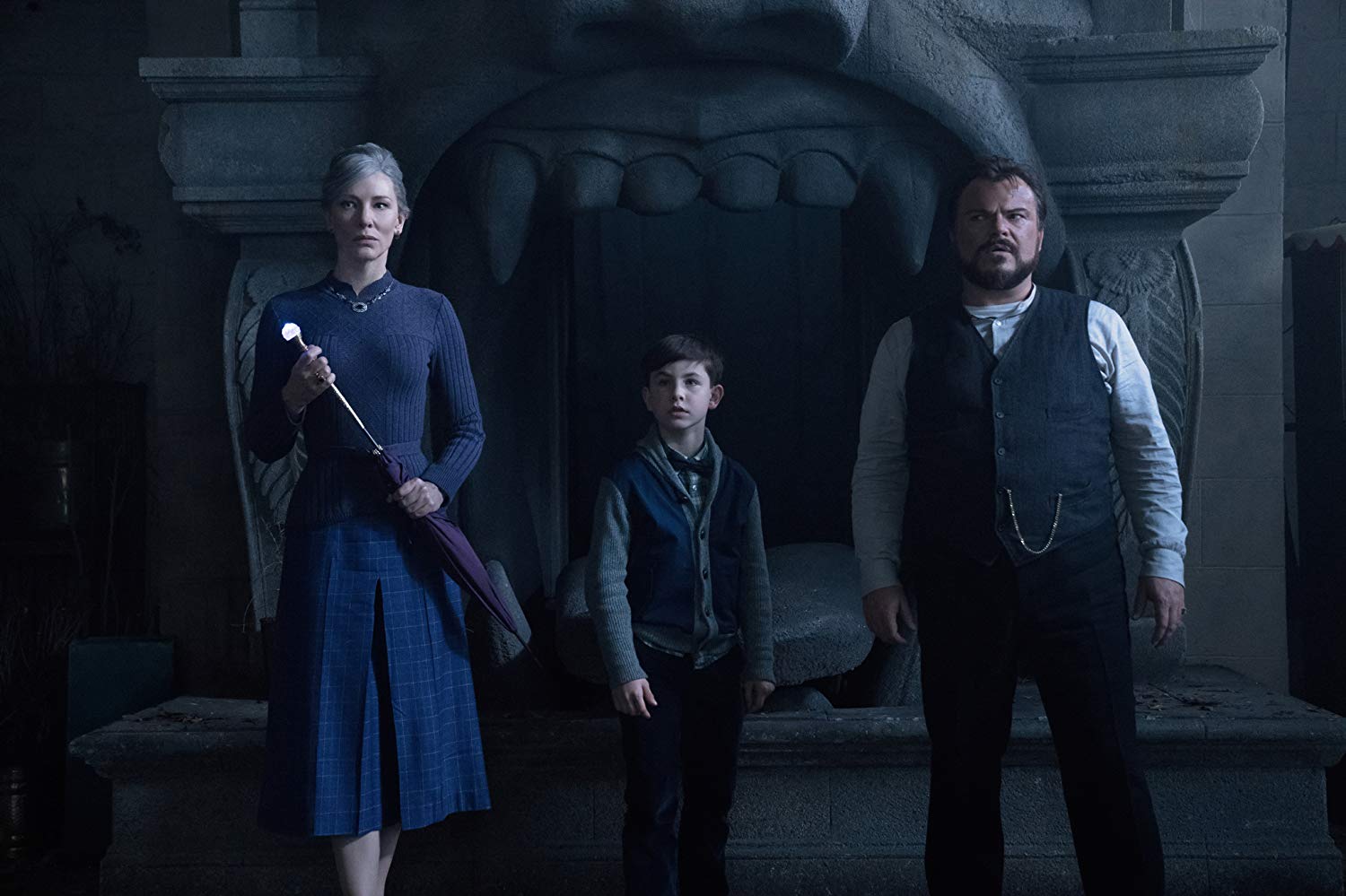 An orphaned boy moves into a creepy old house with his warlock uncle in The House With a Clock in Its Walls. After his parents died in a car accident, Lewis Barnavelt (Owen Vaccaro) is taken in by his eccentric Uncle Jonathan (Jack Black), who live in a Gothic mansion in the town of New Zebedee, Michigan. Lewis soon learns that Jonathan is a warlock and that the house contains an enchanted clock within the walls, left by Jonathan’s former friend Isaac Izard (Kyle MacLachlan), before he died. With the help of Jonathan’s neighbour Florence Zimmerman (Cate Blanchett), the three try to find the clock before its evil purpose is unleashed.

Director Eli Roth moves into family friendly territory with this fantasy/horror film produced by Amblin Entertainment, based on the 1973 young adult novel by John Bellairs. The story focuses on the orphan Lewis Barnavelt, who becomes interesting in learning how to become a warlock from his Uncle Jonathan. However, little does Lewis know that Uncle Jonathan’s house used to be owned by the wicked warlock Isaac Izard, who still poses a threat, despite the fact that he has been dead for a year. When Lewis makes a grave mistake, in an attempt to impress a boy at his school, he ends up inadvertently putting the whole world in danger.

With his having made his career out of directing extreme horror films, it is interesting to see Eli Roth suddenly come along with a very family friendly film that can be described as a mash-up of Harry Potter and Goosebumps. Indeed, despite having a plot involving warlock’s, The House with a Clock in Its Walls is very much a gothic horror tale, albeit one that is appropriate for kids to watch.

Despite being a film that is very much centred towards kids, The House with a Clock in Its Walls is still a surprisingly entertaining watch, particularly in the third act when the house goes completely haywire. This is definitely the type of film kids can watch around Halloween, to get some mild thrills and chills, before they go out trick or treating. Eli Roth has definitely taken the skills he has learned directing horror films for adults and applied it in a more kid friendly setting, despite there being some aspects of The House with a Clock in Its Walls that gets a little too dark for very young kids.

While probably not a film that I would personally revisit, The House with a Clock in Its Walls still does its job at being a family-friendly fantasy/horror tale.