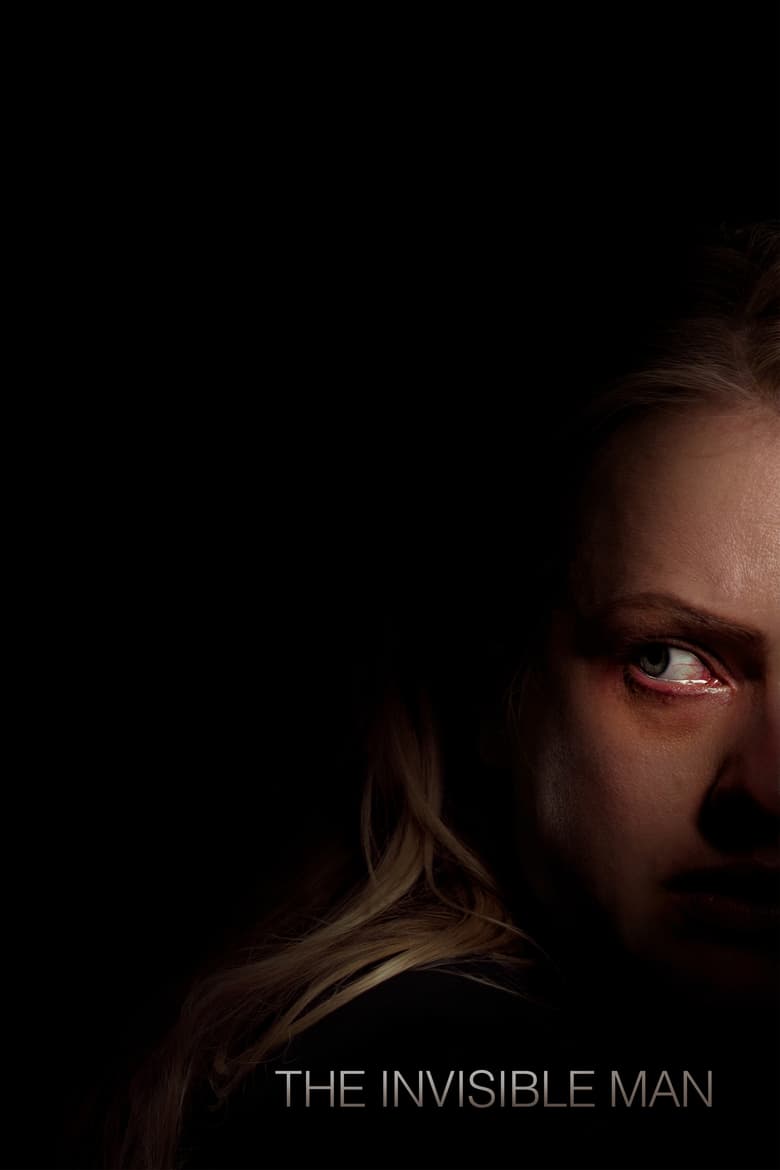 A woman believes that she is being tormented by her now-invisible abusive ex in The Invisible Man. One night, Cecilia Kass (Elisabeth Moss) decides to pack up and leave her abusive husband Adrian Griffin (Oliver Jackson-Cohen), who also happens to be a well-known optics researcher. Traumatized by her ordeal, Cecilia stays at the home of her police officer friend James Lanier (Aldis Hodge) and his teenage daughter Sydney (Storm Reid). Soon afterwards Cecilia is visited by her sister Emily (Harriet Dyer) who tells her that Adrian is dead and they are informed by Adrian’s attorney brother Tom (Michael Dorman) that Celilia has inherited $5 million on the grounds that she is not charged for any criminal activity. It isn’t long afterwards when Celilia begins to feel a strange presence at James’ house and she comes to believe that Adrian is still alive and he has found a way to turn himself invisible.

Leigh Whannell (Saw, Insidious) writes and directs this horror film loosely inspired by the original novel by H.G. Wells, which in turn was the basis of a number of films, most notably the 1933 film directed by James Whale and starring Claude Rains as Dr. Jack Griffin. It many ways it can be argued that Leigh Whannell’s The Invisible Man just as much or more to do with the play and film Gaslight and term it created. Indeed, Cecilia is very much as gaslighting victim, as she found herself a victim of Adrian’s emotional and physical abuse. As Cecilia comes to believe that Adrian has found a way to turn himself invisible, it becomes hard for her to convince her support network that she isn’t simply going crazy.

The Invisible Man marks Leigh Whannell’s third time behind the camera, following Insidious: Chapter 3 and Upgrade, and I would argue that it is the film where he truly comes into his own as a filmmaker. The film features some truly suspenseful setpieces, which in some ways follows the Paranormal Activity formula of hanging on static shots, as you wait and see for objects to move on their own. While the film does toy with the possibility that the “invisible” Adrian is all in Cecilia’s head, the film does eventually go for the full reveal in one really well-executed jump scare.

When it comes to modern takes of H.G. Wells’ original story, this version of The Invisible Man is probably much more successful than Paul Verhoeven’s Hollow Man from twenty years ago, though to be fair I don’t think that film was even based on the story. The film also has an explanation for the invisibility that somewhat makes sense, but still sits firmly in the realm of science fiction. Overall, after the failed Dark Universe experiment from a few years ago, with The Invisible Man Universal Pictures, with the help of Blumhouse, have recreated one of their monster films into something truly scary.