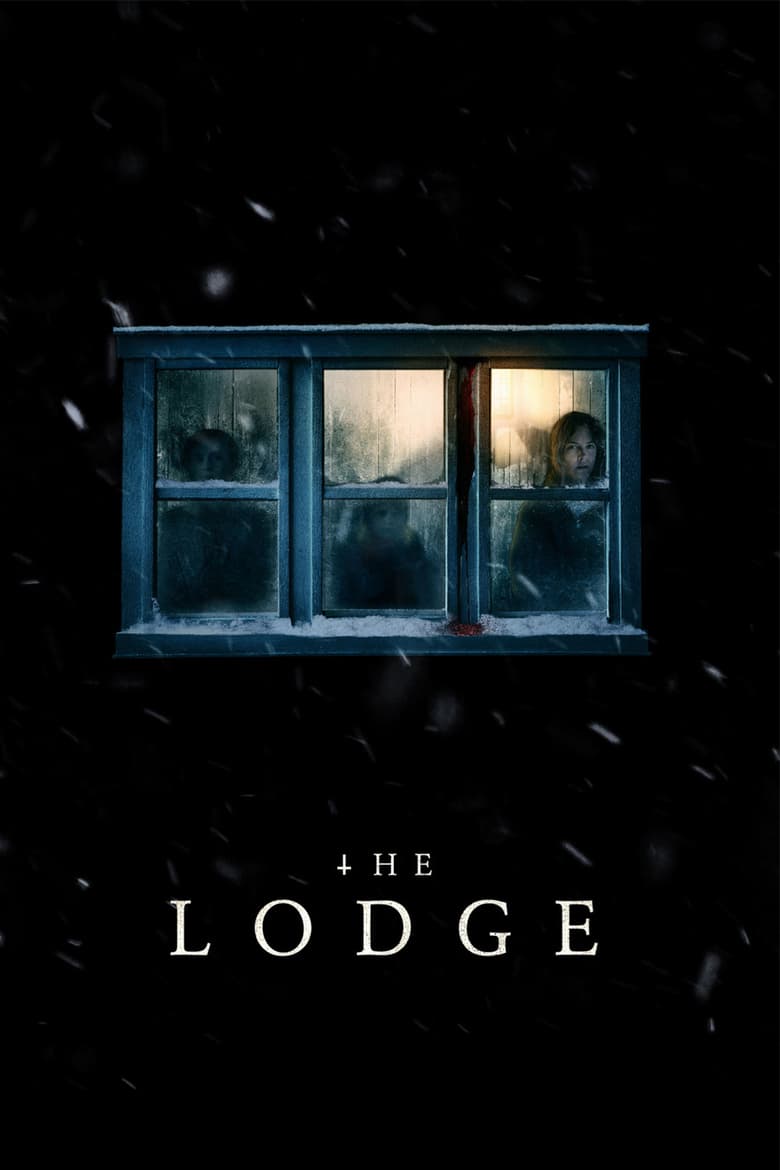 This review may contain SPOILERS

A soon-to-be stepmother finds herself stranded at a cabin with her fiance’s two children in The Lodge. Still grieving the sudden suicide of their mother Laura (Alicia Silverstone), 17-year-old Aidan (Jaeden Martell) and 12-year-old Mia (Lia McHugh) are dismayed to learn that their father Richard (Richard Armitage) plans on marrying his young girlfriend Grace (Riley Keough). Particularly bothersome to the children, specifically Aidan, is Grace’s dark past as the sole survivor of a suicide cult run by her father. As a way for the kids to get to know their future stepmother, Richard decides to drive everyone up to the family cabin for the holidays, leaving Aidan and Mia alone with Grace, while Richard returns to work until Christmas. After a very icy start, it seems one evening that the children have begun to accept Grace. However, soon afterwards the three awaken to find themselves snowed in with no power, food, or supplies.

The Lodge is the sophomore film from the Austrian filmmaking duo of Severin Fiala and Veronika Franz (Goodnight Mommy). The film sets its dark tone quite quickly, as Alicia Silverstone’s character of Laura suddenly shoots herself in response to the news that her estranged husband Richard wants to finalize their divorce, in order to marry Grace. A narrative decision is made to only show Grace as a faceless figure in the background for the entire first act of the film, illustrating the distrust in her felt by Aiden and Mia, particularly after they find old articles about Grace’s father’s suicide cult in their father’s study. However, when they leave for the trip to their cabin, Grace is revealed to be a friendly and relatively normal person, save for the fact that she is constantly taking medication. Despite some initial difficulties, Grace seems to begin to make strides in connecting with Aiden and Mia. However, panic begins to set in when Grace awakens to find the cabin completely empty with no power or food. In addition, with her medication also missing, Grace begins to relapse with memories of her father’s teachings.

The Lodge can be a difficult film to talk about without talking about some possibly spoiler-laden plot details. One of these can be described as the film’s inciting incident, as Alica Silverstone’s Laura without warning pulls a gun out of her purse and shoots herself in the mouth. However, another plot element that plays a big role in The Lodge is Grace’s history of being the sole survivor of a suicide cult when she was only 12-years-old. In fact, it can be assumed that Richard first met Grace, because he wrote a book about her father’s cult. This dark history instantly vilifies Grace in the mind of Aiden, who believes she is a psychopath and directly blames her for his mother’s death. In many ways, this results in The Lodge to have similar themes to Severin Fiala and Veronika Franz’s previous film Goodnight Mommy, since the horror of the film is based heavily on the perception of someone from the point of view of children.

For much of the running time, the horror of The Lodge seems like it could be supernatural in nature. However, a not so surprising third act reveal suggests that something a lot more psychological is at play here. This all leads to a very unsettling ending, which is probably the ultimate demonstration of how all actions have consequences. While I don’t necessarily agree with the “scary as hell” hyperbole surround The Lodge, it is still an atmospheric snowbound horror film that is well worth seeing.

The Lodge is Now Available